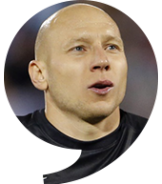 There were hundreds of Villa fans running onto the pitch, waving their claret-and-blue scarves and flags. As I made my way to the locker room, I glanced back and saw grown men jumping up and down and hugging and crying. The whole stadium, 40,000 people, was singing a song in unison:

The noise was this huge booming roar. It made the hair on the back of my neck stand up. When I was walking down the steps into the tunnel, it finally sunk in.

In the locker room, my teammates were all jumping around and screaming “Wembley, mate! Wembley!” And I’m thinking, I’m just a kid from Illinois. Is this really happening? This is mental.

Let’s back up for a second. I know Americans had World Cup fever last summer, but you might not be as familiar with where I ply my trade. In the English Premier League, there’s a knockout tournament called the League Cup. If you win, you get the honor of playing in the Europa League, not to mention the glory of having your name sung in pubs for the rest of your life. 92 teams from all over England and Wales enter the competition. Because the tournament runs alongside the normal Premier League campaign, managers usually play the No. 2 keeper in the competition.

In 2010, I was the back-up at Villa behind my fellow American and fellow proud bald man Brad Friedel, so I had played in all of the League Cup matches. In the “Sweet 16” against Sunderland, I stopped four penalty kicks, and our visiting fans, who had ridden 200 miles on buses to support us on a wet Tuesday night, were chanting “Goo-zan! Goo-zan!” and “USA! USA!” with that good old Brummie accent.

We hadn’t won the Cup since 1996, so as we progressed through the stages, the excitement in the city was getting crazy. In America, I can go to the grocery store without anyone even noticing me. In England, I can hardly go out to dinner with my wife without someone coming up and either saying “Guz, can I get a picture?” (if they’re a Villa fan) or “Toss off, Guzan!” (if they’re a Birmingham City fan). They call Birmingham the “second city,” but it can feel incredibly small when you’re a footballer. It’s a hard-working, blue-collar town, and the passions run extremely high. Our stadiums are separated by just three miles. So think of the Cubs and White Sox, and then multiply those passions by 10. Cubs and Sox fans can get a beer together before a game. If you walk into a Birmingham City pub with a Villa shirt on, it’s not going to be a cordial drink. It’s all going to kick off.

So when we won that semi-final, it was delirium for the Villa side of the city. Around 30,000 of our fans were going to make the pilgrimage from Birmingham to London’s Wembley Stadium for the final. After the semi, I immediately called my family and told them that I was flying them in. They had never seen me play a match in England, and they just had to be there.

Then something happened that probably defined my career. In the week leading up to the final, I started to hear rumblings in training that there was doubt about which keeper would play in the final. This was especially tough because Brad Friedel and I were close on and off the pitch, and now we were essentially competing to play in one of the biggest games of our careers. 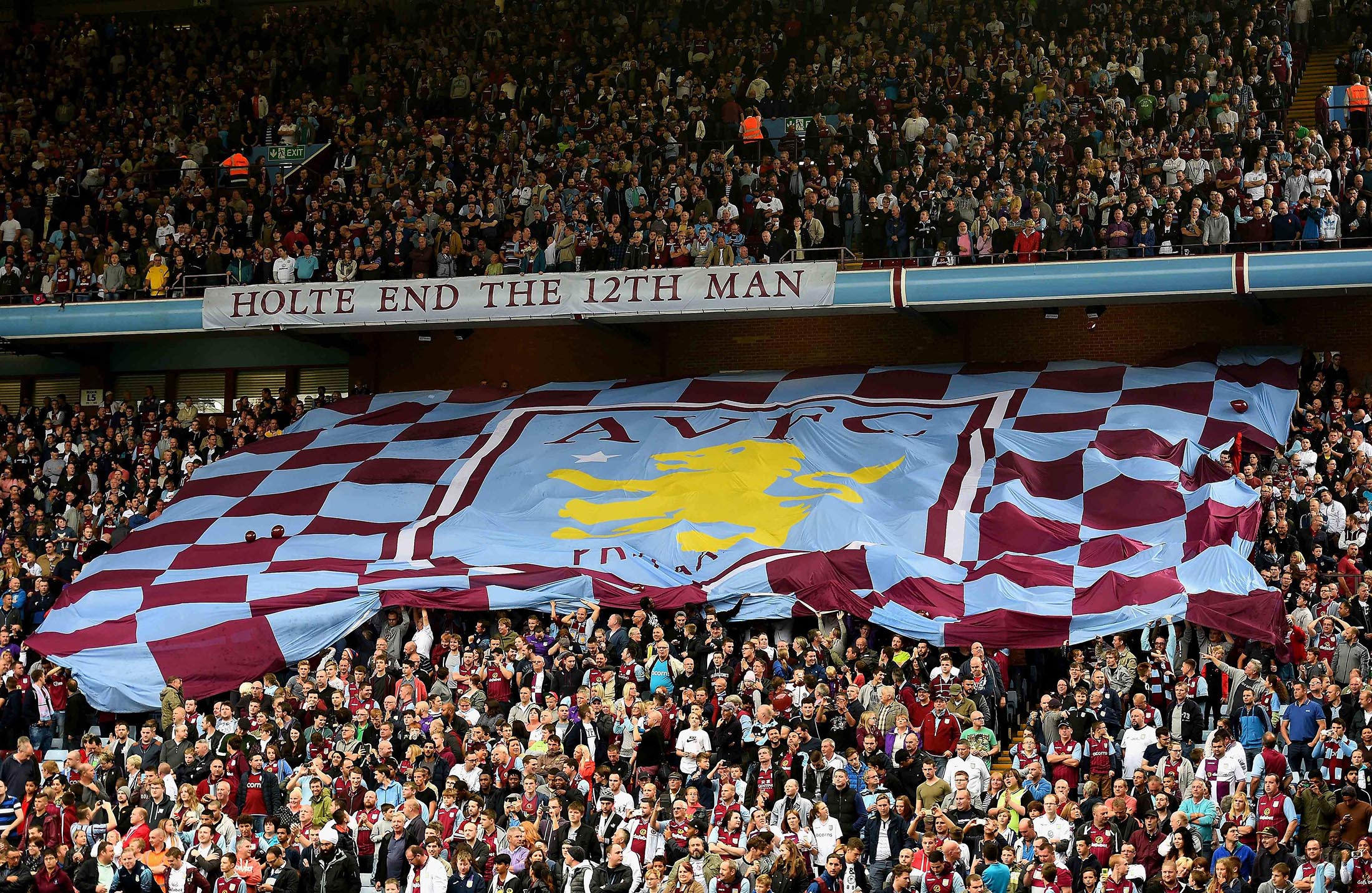 At the hotel on the day before the game, my teammates were coming up to me saying, “Hey, are you playing or is Frieds playing?” I had no idea. Our manager at the time, Martin O’Neill, usually didn’t announce the starting lineup until an hour before kickoff. If you’re an outfield player, that’s not really a big deal because you usually have a good idea if you’re playing or not based on training. If you’re a keeper, you have no idea.

I talked to Brad that morning and he was like, “Honestly Guz, I don’t know what’s going to happen. The gaffer hasn’t said anything to me.”

At the hotel for pre-match preparation, we went through video of defending free kicks and corners and there was no hint of a decision. We took the bus to Wembley, and still we had no idea. On one hand, I’m thinking about my family waiting to see my play at the stadium. On the other hand, I’m trying to go through all my visualizations of the game — what’s Wayne Rooney going to do if he gets the ball on the edge of the box? Where is big Nemanja Vidic going to be on corners?

The mental part of preparation in the Premier League is absolutely crucial, because the game is so incredibly fast. When I started my career in the MLS, I learned that you had to be two steps ahead of the ball. In the Premier League, you have to be four steps ahead. That’s by no means a knock on the MLS. It’s a young league that has made great strides. But you notice the difference the moment you step onto a training pitch in England. It’s not just the top players who are pinging the ball around and placing a lofted pass on a dime, it’s the reserve squad players, too.

Being an American over here, the joke is that I’m naturally always shouting. “Just be quiet, Guz! Relax!”

If you’re not 100 percent laser focused, world-class players will embarrass you. But that’s not enough. As a goalkeeper — whether you’re a back-up or a starter — it’s your job to make sure that your entire team is 100 percent focused before you walk out through that tunnel. Being an American over here, the joke is that I’m naturally always shouting. “Just be quiet, Guz! Relax!” When you’re sitting there and you can hear the echo of 90,000 people chanting and stomping, it can be easy to lose your nerve.

A keeper has to be able to take command in the locker room and remind defenders about the tendencies of players: “Force him to his left foot! Follow in shots and clear rebounds, boys!” So that’s what Brad and I did as we waited to hear our fate. At one point we just kind of looked at each other and nodded like, “OK, let’s do this.”

Finally, an assistant came into the room.

“Hey Guz, manager wants to see you in his office,” he said to me.

The moment I sat down in the chair, I knew I wasn’t going to play.

Our manager Martin O’Neill was a good man. He had a tough job. There were 30,000 Villa fans waiting in that stadium for one of the biggest matches in two decades.

“Honestly, this is one of the hardest decisions of my life,” he said. “I’m going with experience. I’m sorry, Guz.”

Now, mind you, this is an hour before the final. My family was in the stands waiting to see me play the biggest game of my career. I had moved to Birmingham with my wife — no friends, no family — to be a back-up. I knew the deal. But I’d also gotten the team to this point. There were two ways to react.

I chose the second option. “Gaffer, listen, I don’t really know what to say,” I told Martin. “I don’t agree with it, but I respect it. You’re the boss.”

I took a breath, went back into the locker room and did everything in my power to make sure the team was ready. I walked out onto the pitch with 90,000 people singing at the top of their lungs, and I waved to my family. Then I sat on the bench and kept telling myself, “Just be ready.”

We lost 2-1. Brad made some great saves.

Now, five years later, Frieds has moved on from Villa and Tim Howard has taken a break from international duty for the U.S. National Team, and I finally have my shot as a true top keeper. Instead of being asked whether I’m getting the call or not, I keep getting asked about the pressure of being the new No. 1.

Honestly, it’s hard to talk about because it’s such a complicated situation being a keeper. Tim is unbelievable. He’s a friend of mine. This is a guy who was getting calls from the president after making 25 saves against Belgium in the World Cup. Sitting on the bench in Brazil, I was just as pumped as anyone watching him put on that performance.

But if I told you that I didn’t want to be the one out there between the sticks against Belgium, would you really believe me? As a keeper, you have to be that way or you simply will not survive. 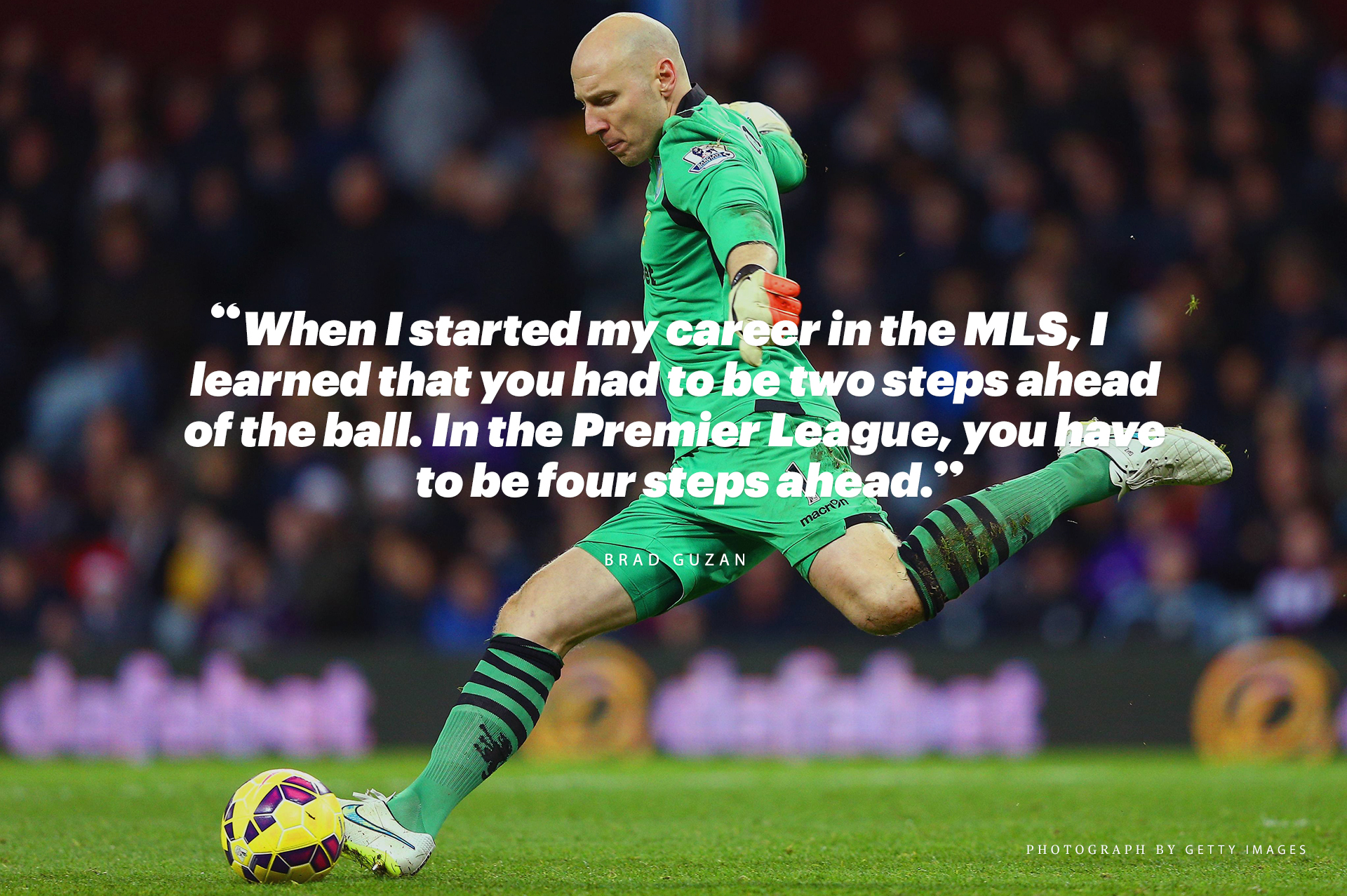 An interesting debate popped up after the World Cup about whether American-born players should be playing in the MLS or in Europe. What’s going to take the USMNT to the next level?

As an American who has been in Europe for seven years, I can tell you that it’s not always the glamorous life that people imagine. The pressure of walking out at Stamford Bridge or Old Trafford, with the supporters screaming unmentionable things at you from 10 feet away can be very tough. You hear stories about guys having a tough time adjusting. But if I would have walked out of Martin O’Neill’s office with my bags half-packed for home, my 14-year-old self would have been disappointed in that decision.

I’ll always remember that feeling of my high school buddies saying, “Hey, there’s a Champions League game on today” and all of us trying to figure out the time difference in Europe, then sprinting home from the school bus to catch the last 10 minutes of the match on ESPN. I’ll always remember the feeling of watching the Liverpool fans raise their scarves on TV, singing “You’ll Never Walk Alone” and it seemed like it was such a far away thing.

Now I get to walk out of the tunnel at Anfield and hear it for myself. I get to line up in goal at the KOP End and hear all the abuse that I could never hear on TV. Seriously, the first time I was subbed into a game for Villa, Frieds had been sent off and I had to go in cold and try to stop a Steven Gerrard penalty with the KOP at my back. It did not go well.

I want the big stage. I want the pressure. I want to be between the sticks. So does Timmy. So does Frieds. If we didn’t want that, what kind of Americans would we be? 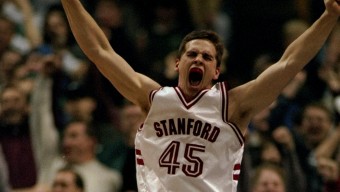 How We Play Baseball in Puerto Rico