Like dialects of a language, sports are played differently depending on where you are in the world — from nation to nation, and even state to state. Since most of us haven’t played hockey in Russia, or baseball in Puerto Rico, or football in North Dakota, we asked the athletes who actually have to tell us how they do things in their corners of the world.

How We Play Football in Louisiana

When you think of Louisiana, you probably think of Cajun food. Mardi Gras. Jazz. All the things that make our state Louisiana unique. But if you’re from Louisiana, you also think about football.

How We Play Rugby in New Zealand

When the New Zealand national rugby team came to Chicago, we had the opportunity to get three All Blacks in the same room. This is what happened next.…

How We Play Basketball in Poland

I didn’t even touch a basketball until I was 17, almost 18. I thought soccer was my future, just like every athletic Polish kid.

How We Play Football in the AFC North

That was always the mentality: Kick somebody’s ass. I think that’s what made the rivalry so special.

How We Play Hockey in Switzerland

The only thing that could disturb the quiet in my neighborhood was the sound of rubber colliding with wood.

How We Play Football in Seattle

Sometimes, when we bring new guys in and they see the way we practice and the way Coach Carroll runs things, they say, “Is it always like this?”

How We Play Baseball in Puerto Rico

We love our heroes in Puerto Rico. We hold them very close to us. And even today, there is nobody we hold closer than Roberto Clemente. He may have died, but his soul is still alive in all Puerto Ricans.

How We Play Football in North Dakota

You don’t get through winters with an average temperature of 12.8° without being a certain kind of tough — the cracked-skin-dried-blood kind of tough.

How We Play Basketball in Serbia

I always loved basketball, but when I was little — even when I was 13 and 14 — I was going to horse race. I didn’t even practice basketball that much. 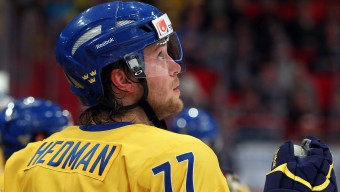 How We Play Hockey in Sweden

I have been riding on buses to hockey games for 20 years now, and there’s only one time in my life I can remember it being completely silent. Then we heard it. I’ll always remember. “Lundqvist … gör en otrolig… 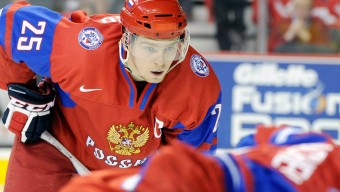 How We Play Hockey in Russia

How much I do I love hockey? I can’t even describe. In Russia, we don’t really have a Christmas break, but from December 31 to January 3, everything closed. Even hockey school. These were the worst days of my life.…