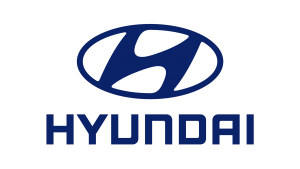 Welcome to Homecoming, presented by Hyundai. This series features the return of seven current and former NFL players to their alma maters - the universities that served as their first proving grounds as athletes, leaders and men. Each man's story is a unique journey, but what binds them together is their lifelong strive to be better.

In this series, seven legends of college football return to their alma maters to revisit the people, places and experiences that shaped them.

Former Super Bowl Champion running back, Priest Holmes, returns to the University of Texas at Austin.

Former Super Bowl Champion linebacker, A.J. Hawk, returns to The Ohio State University with one of the biggest Buckeye fans in the world… his Uncle Dick.

In this episode, former Tampa Bay Buccaneers linebacker and Super Bowl champion Derrick Brooks returns to Florida State University to meet with his most cherished mentor, while remembering his Seminole's 1993 National Championship season.

The Drive for Heisman

Welcome to Homecoming, presented by Hyundai. In this episode, New Orleans Saints Running Back Mark Ingram returns to The University of Alabama to discuss how playing Alabama football impacted his career. Ingram reflects on scoring the final touchdown in 2009…

Welcome to Homecoming, presented by Hyundai. In this episode, retired running back Maurice Jones-Drew returns to UCLA to reflect on the impact being a Bruin had on his NFL career and personal growth. Whether he was rehabbing an injury or…

In this episode of Homecoming, former Super Bowl MVP and Pittsburgh Steelers legend, Hines Ward, returns to The University of Georgia to reunite with his college teammates and reflect on his career.