Twenty-seven years ago, there was a knock on the door of our apartment in Rome. My mother, Fiorella, went to answer. Who happened to be on the other side would define my football career.

When she opened the door, a group of men introduced themselves as football directors.

But they weren’t from Roma. They were wearing red and black.

They were from AC Milan. And they wanted me to come play for their team. At any cost.

My mother threw up her hands. What do you think she said to the gentlemen?

When you are a kid in Rome, there are only two possible choices: You are either red or blue. AS Roma or Lazio. But in our family, there was only one possible choice.

I unfortunately did not get to know my grandfather because he died when I was a little boy. But he left me with a great gift. Lucky for me, my grandfather Gianluca was a massive Roma fan, and he passed that love down to my father, who then passed it on to my brother and me. Our love for Roma was something we carried on. Roma was more than a football club. It was part of our family, our blood, our souls. 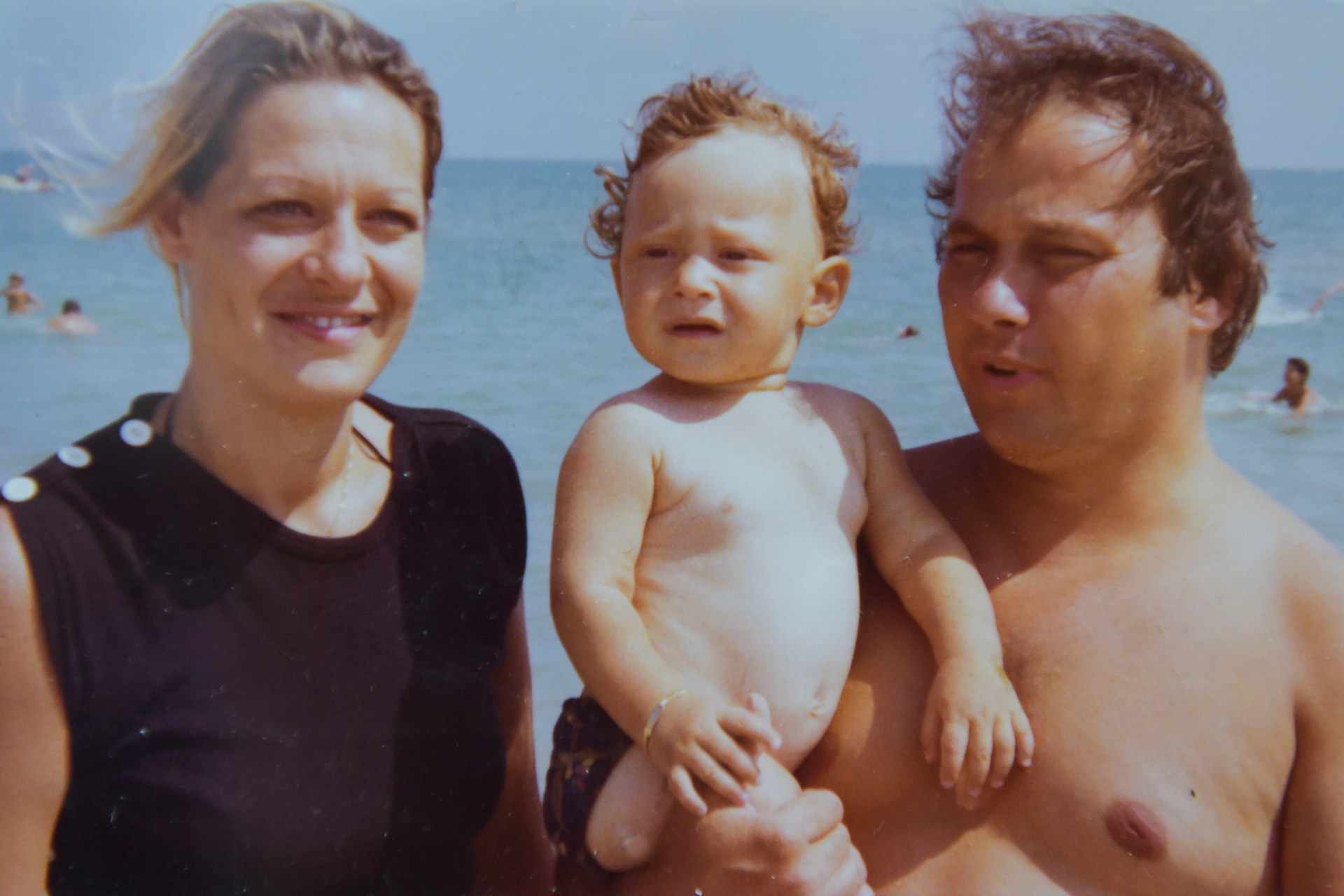 We didn’t get to watch too many matches on television because even in Rome they weren’t always shown in the ’80s. But when I was seven years old, my father got tickets and I finally got to see I Lupi, the Wolves, in the Stadio Olimpico.

I can close my eyes and remember the feeling. The colors, the chants, the smoke bombs going off. I was such a lively child that just being in the stadium around all those other Roma fans lit up something inside me. I don’t know how to describe the experience.…

That’s the only word for it.

Around our part of the city, in San Giovanni, I don’t think anybody ever saw me without a football in my hands or at my feet. In the cobblestone streets, among the cathedrals, in the alleys, anywhere — we’d play football.

Even as a young boy, it was more than just a love of football for me. I already had the ambition to make it my career. I began playing for youth clubs. I had posters and newspaper clippings of Giannini, Roma’s captain, on my bedroom wall. He was an icon, a symbol. He was a kid from Rome. Just like us. 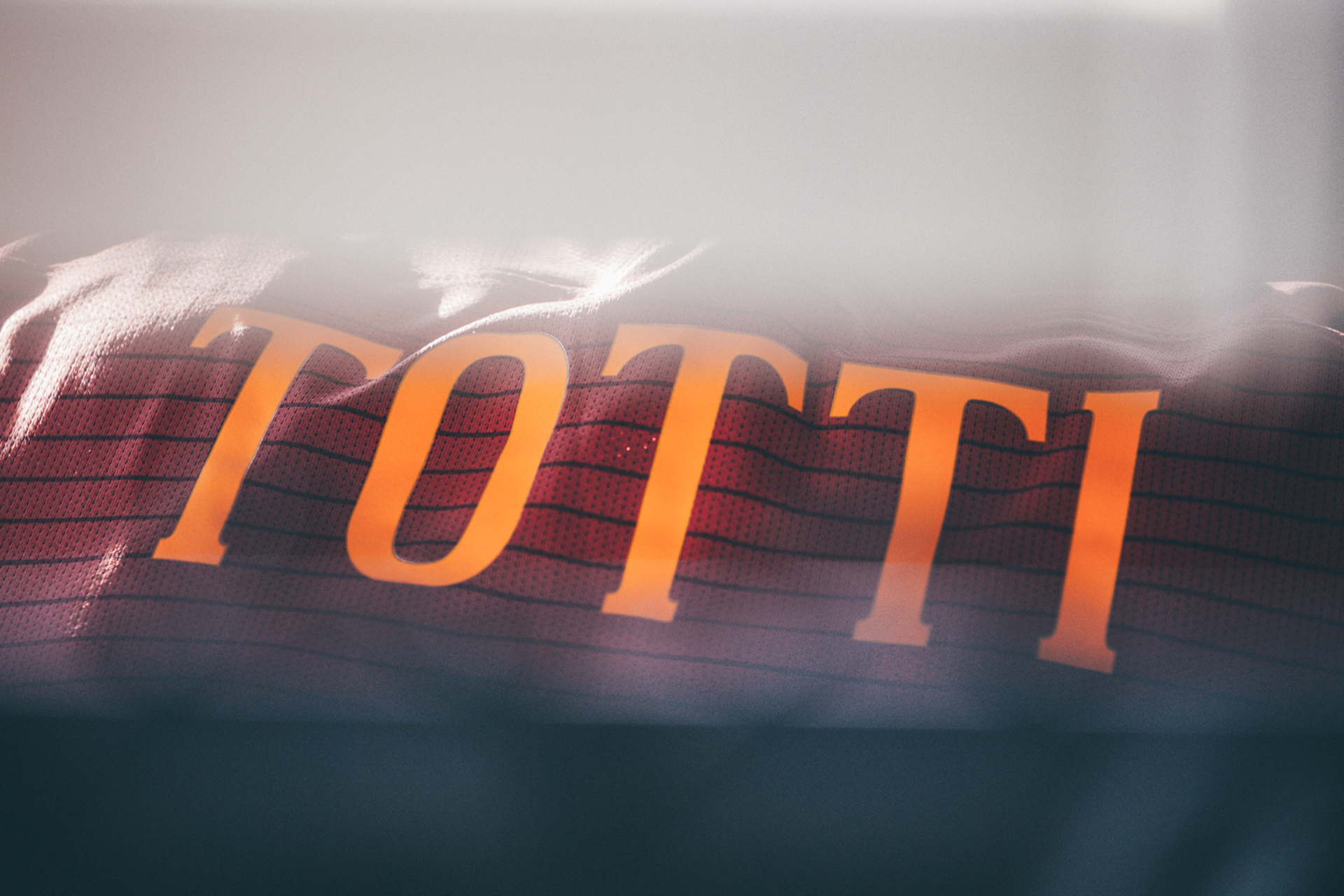 And then when I was 13, there was a knock at our door.

The men from AC Milan were asking me to join their football club. An opportunity to make it with a big Italian club. What would I choose?

Well, it was not my decision, of course.

My mamma was the boss. She still is the boss. And she was rather attached to her boys, let’s say. Like any Italian mother, she was a little overprotective. She did not want me to leave home for fear that something might happen.

That was the end. My first transfer was turned down by the boss.

My father took me and my brother to our matches on the weekend. But Monday through Friday, Mamma was in charge. It was hard saying no to AC Milan. It would have meant a lot of money for our family. But my mother taught me a lesson that day. Your home is the most important thing in life.

Just a few weeks later, after being scouted at one of my youth matches, Roma made me an offer. I  was going to wear the yellow and red.

Mamma knew. She helped my career in so many ways. Yes, she was protective — She still is! — but she made so many sacrifices to make sure I was on the pitch every day. I know those early years were hard on her. 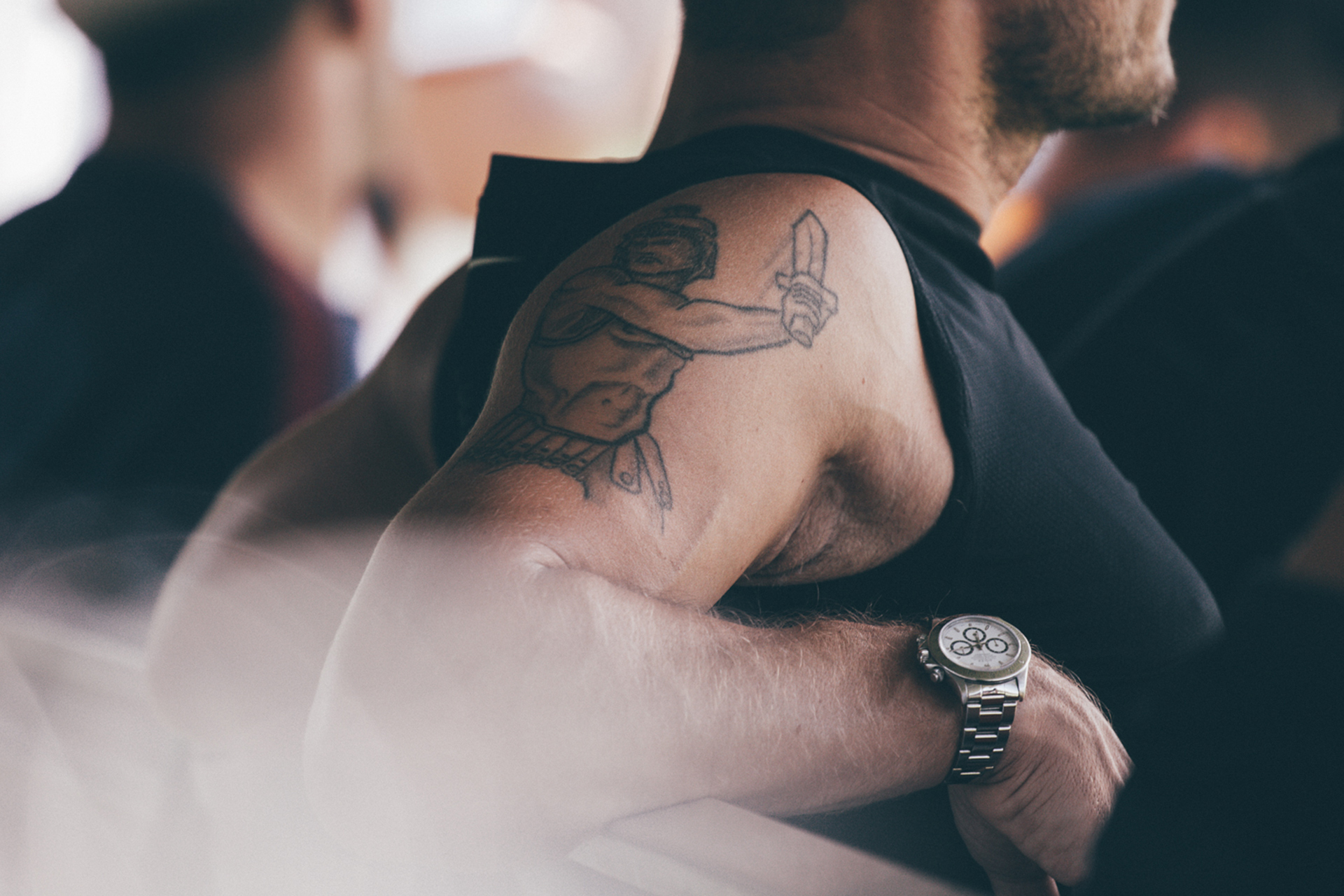 It was my mother who drove me to practice. Outside the grounds, she’d wait for me. She’d wait two, three, sometimes four hours while I trained. She’d wait in the rain, in the cold, it didn’t matter.

She waited so I could have my dream.

I didn’t know that I’d be making my debut for Roma at the Stadio Olimpico until 90 minutes before the match. I sat on the bus from our our facility to the grounds and my excitement just built up. Any peace I had from sleep the night before was gone. Roma fans are very different from everyone else. There is so much expected of you when you wear the Roma shirt. You have to prove your worth, and there is not a lot of room for you to make mistakes.

When I walked onto the pitch for the first match, I was overwhelmed with pride to play for my home. For my grandfather. For my family.

For 25 years the pressure — the privilege — has never changed.

Of course, there have been mistakes. And there was even a moment 12 years ago when I thought about leaving Roma for Real Madrid. When a very successful team, perhaps the strongest in the world, asks you to join, you start to think about what life might be like elsewhere. I had talks with the president of Roma, and that made a difference. But in the end, the talk I had with my family reminded me what life is about. 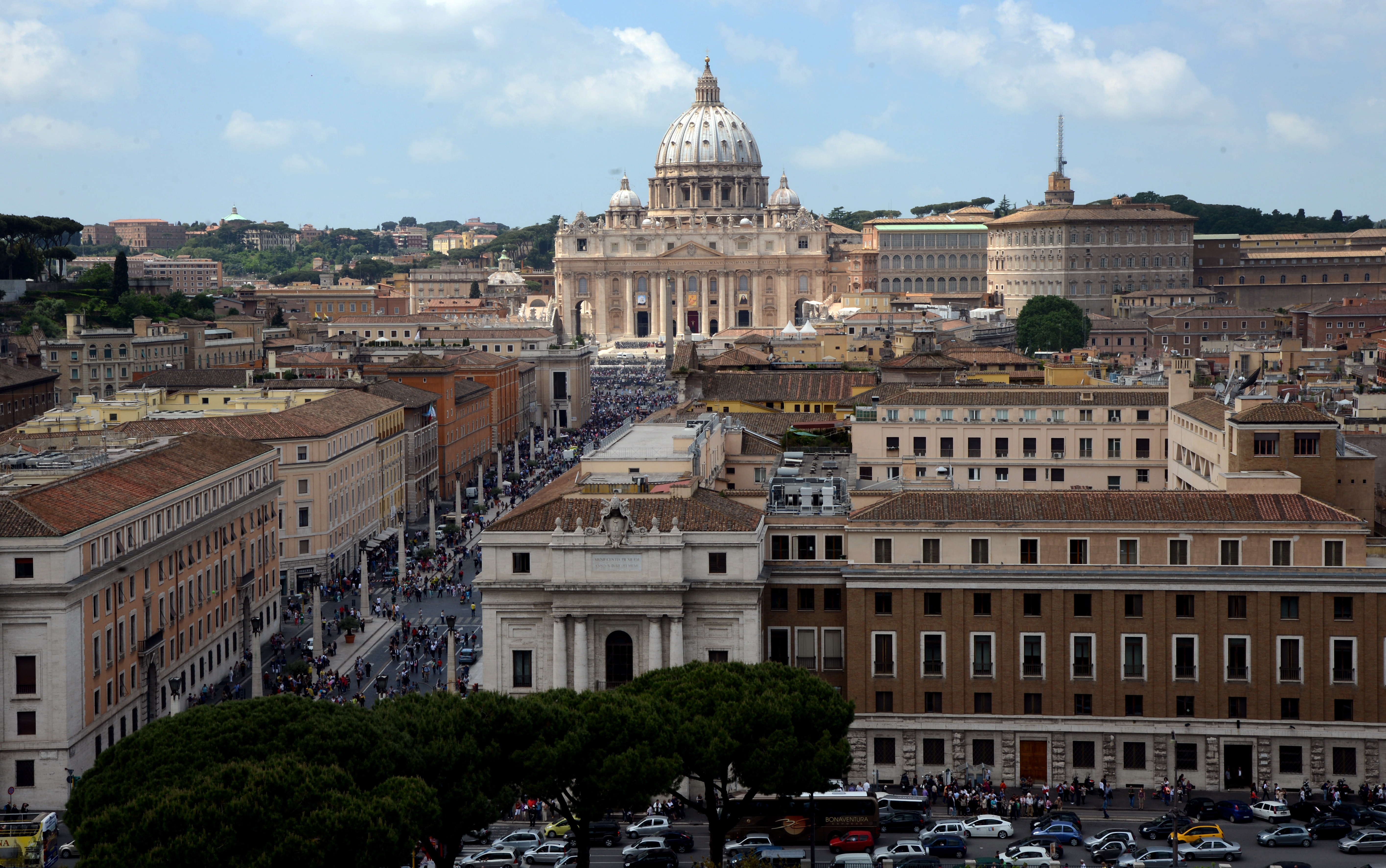 You could say I’m a man who is set in his ways. I didn’t even move out of my parents’ house until I was engaged to my wife, Ilary. So when I look back on my time here and what I’ll miss, I know it will be the routine, the everyday things. The many hours training, the many chats in the dressing room. I think what I’ll miss most is sharing a coffee with my teammates every day. Maybe if I come back as director one day, those moments will still be there. 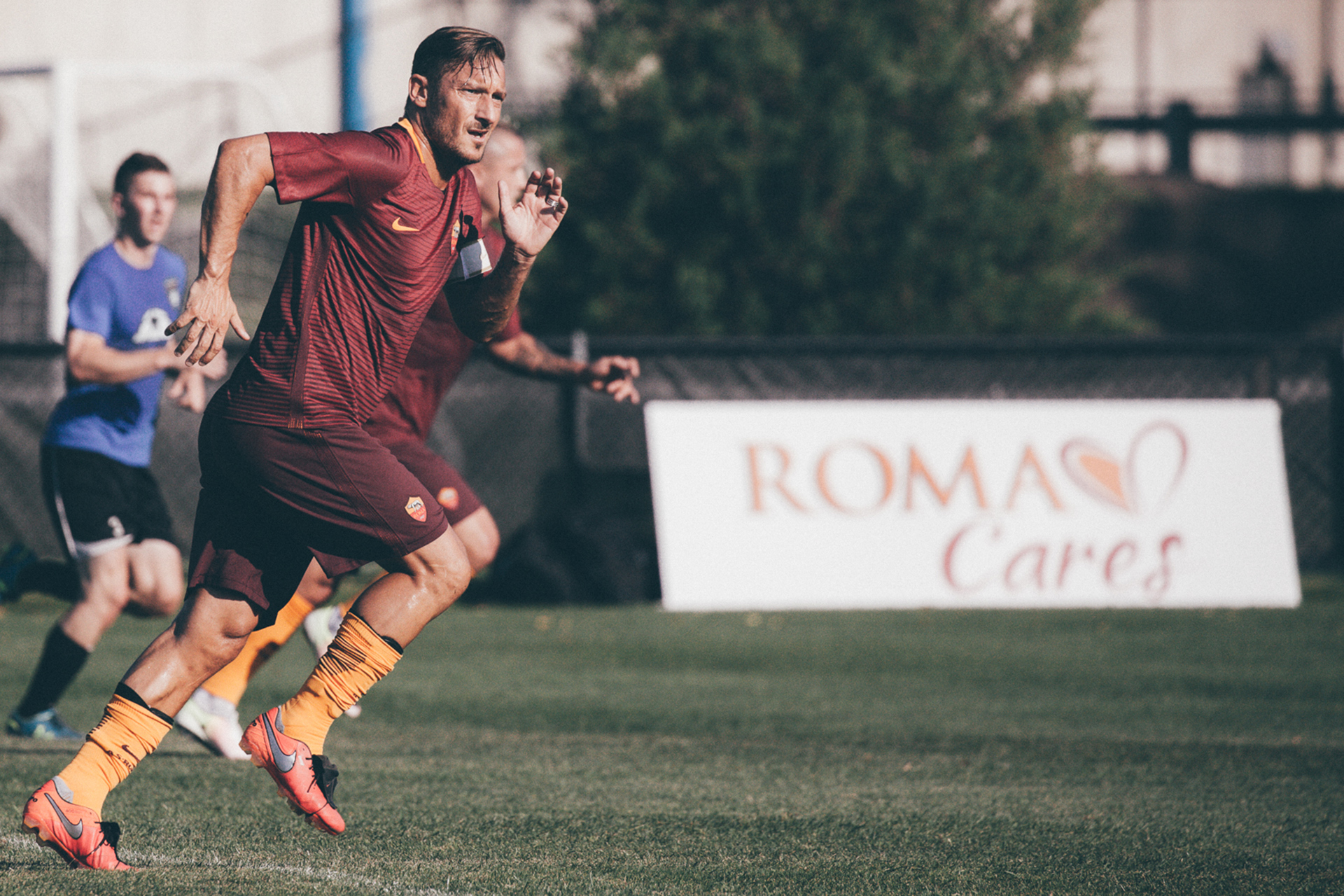 People ask me, why spend your whole life in Rome?

Rome is my family, my friends, the people that I love. Rome is the sea, the mountains,  the monuments. Rome, of course, is the Romans.

Rome is the yellow and red.

This club, this city, has been my life. 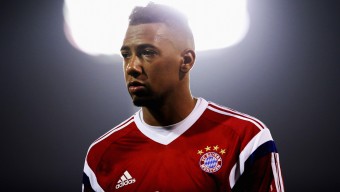 What You Don't Know About: Being a Defender 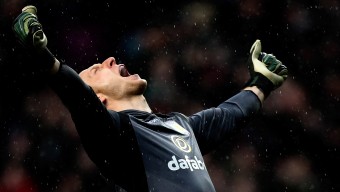