The Jets announced Tuesday that quarterback Geno Smith will be out 6-to-10 weeks with a broken jaw as a result of a locker room altercation between Smith and reserve linebacker IK Enemkpali, who was released after the incident. As news quickly spread of both the injury and its cause, athletes from across the sports world took to Twitter to react:

NFL quarterback Michael Vick on words of encouragement for his former teammate:

And no…I’m not absolving IK for what he did at all but as the starting QB, why get caught up in foolishness in the locker room of all places — Damien Woody (@damienwoody) August 11, 2015

Saints safety Rafael Bush on getting the story straight:

I’m confused if he put his hands in dude face how did he sneak him?

First the Cam Newton fight now Genotype Smith out because of a locker room fight, not sure where I missed the part of Qbs being leaders — Beanie Wells (@BeanieWells26) August 11, 2015

Makes me wonder if those Qbs have gained respect in the locker room. No way you see a Peyton manning,Russel Wilson,Tom Brady fighting — Beanie Wells (@BeanieWells26) August 11, 2015

I’ve seen it happen before not sure leadership is the key with Geno “not knowing something is coming”. #SuckerPunch https://t.co/ipTU0oUP6U

So fighting QBs is what’s hot in the league right now?!?! Quickest way out the door is to go at the franchise smh #CamNewton #GenoSmith — Wade Smith (@Smitty74allday) August 11, 2015

@FisolaNYDN if Geno is on a split contract he should sue for lost wages.

Sports Science tonight…”Enemkpali would’ve had to produce 1400lbs of force into Geno’s jaw, the equivalent to weight of entire Jets OL!”

Former NFL defensive end Hugh Douglas on everything in moderation:

Ok.. I’m all for camp fights. But breaking the QB’s jaw is a lil over the top! #StillYourTeammate #WeTryinToWin

Gives new meaning to the old coach speak “we need to punch them right in the face” — Jay Feely (@jayfeely) August 11, 2015 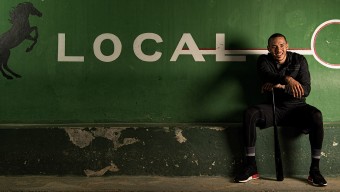 Where I'm From: Puerto Rico 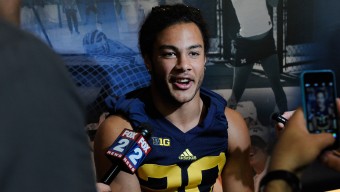