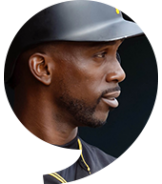 It was loud. No, hang on, let me really explain that. There’s two types of loud that I’ve experienced in a ballpark. There’s the one level of loud where you get goosebumps and you’re like, Oh man, these fans are fired up. This is awesome. And then there’s a whole different level of loud where the noise becomes like a wall of sound and it takes on a life of its own and you can’t even hear yourself think.

I had never experienced this peak level of loud until the 2013 NL Wild Card Game at PNC Park.

You may have watched it on TV or seen the highlights, but unless you were in the stadium that night, you cannot understand how loud it was in that park. It doesn’t translate on TV. Those fans witnessed 20 years of losing, and they finally had one night to let it all out. They were determined to have a hand in the outcome.

Early in the game, I was standing on third base when our coach Nick Leyva was trying to talk to me, but I couldn’t hear a thing. He was two feet away from me, but all I could see was his mouth moving, “Cutch … Cutch ….”

All you could hear was the roar. It was like white noise. My ears weren’t just ringing, they were actually humming. 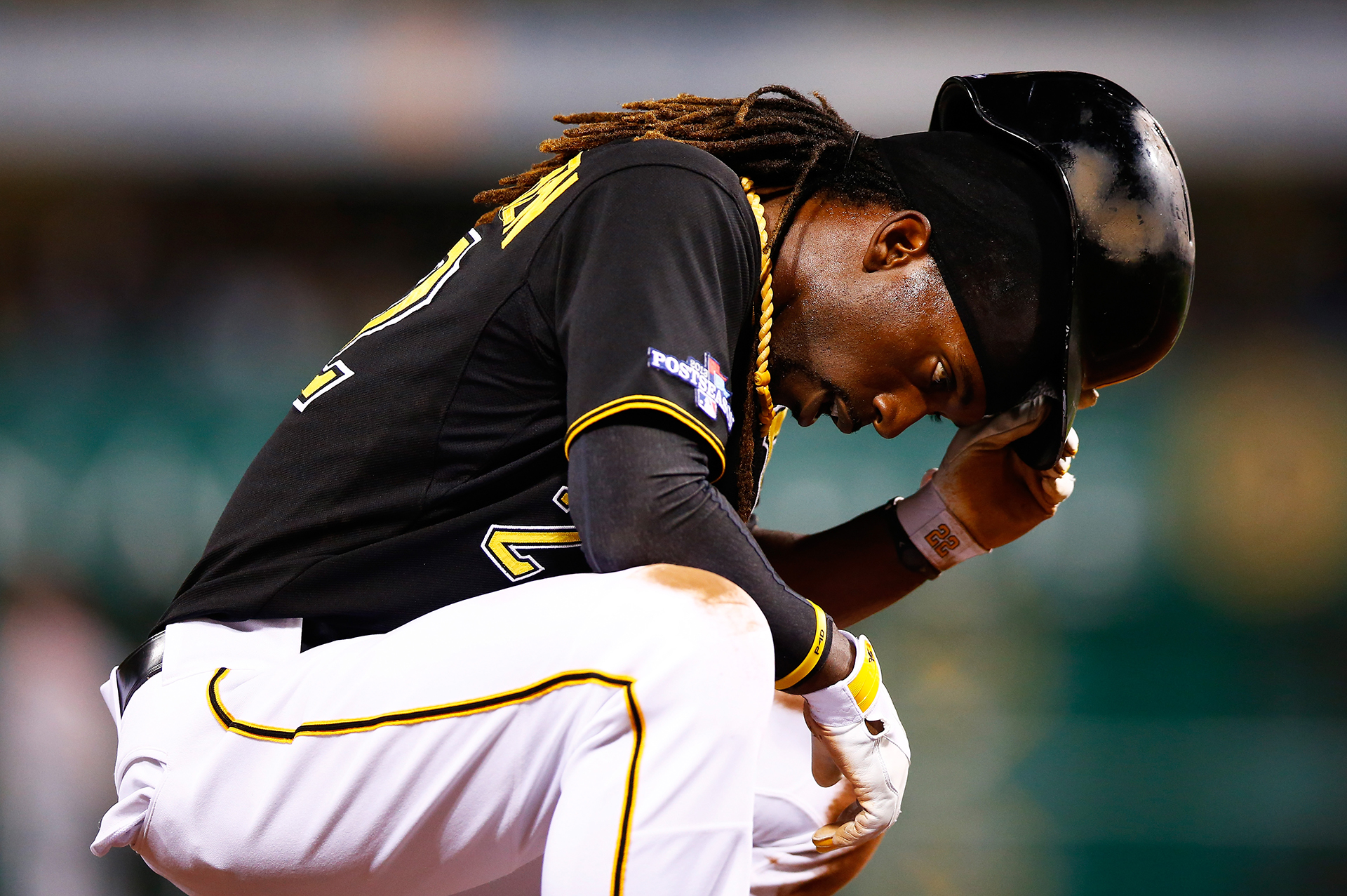 The Wild Card Game is, in a word, awesome. We’re headed to our third Wild Card game in a row on Wednesday. A lot of people are saying that it’s unfair that we have the second-best record in baseball and we have to face Cy Young contender Jake Arrieta in a do-or-die game. There’s some debate about whether it should be a best-of-three or maybe they should do away with divisions altogether.

I understand where those people are coming from, but my feeling is this: What kind of a champion says, “Man, I’m just hoping for the easiest road possible …”

That’s not why we play this game. Moments like the 2013 Wild Card are what make October so incredible. We have enough structure and predictability in a 162-game season. It all becomes a routine, even for us players. Get up at 11 a.m. Have my K-Cup coffee with a shot of espresso and eat some breakfast. Head to the park at 2 p.m. Team meeting. Stretch. Batting practice. Watch some film on the pitcher. Hour of downtime. Eat. Play.

It’s great. It’s what we love to do. But it all tends to blend together. 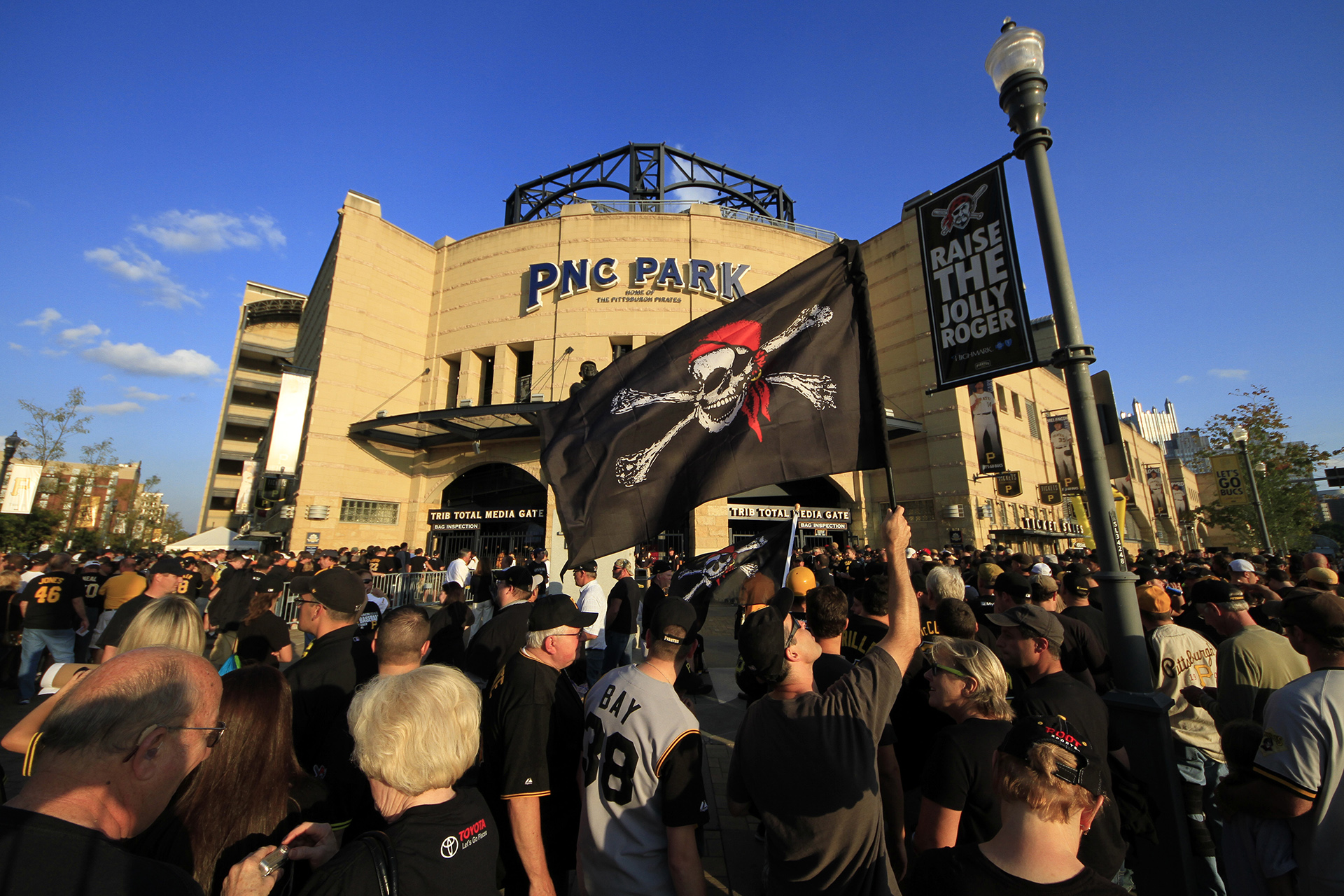 The postseason changes everything. The night before the 2013 Wild Card Game … oh man. It was a throwback feeling.

Do you remember how you felt the night before Christmas when you were 10 years old? You can’t wait to wake up and open your presents, so you try to head to bed early and you close your eyes and think, Go to sleep, go to sleep, but you can’t stop thinking about what’s going to be in those boxes, so it’s impossible to fall asleep. That’s exactly how I felt. The funniest part was that my apartment literally overlooked PNC Park, so if I went too close to the window, I’d see the stadium sitting by the river with all the lights on. It was like a Christmas tree. If I went outside to get a coffee, the people on the streets were all wearing black and gold. They’d be like, “Hey Cutch, this is it! Give it everything you got!”

It was such a crazy atmosphere leading up to the game. The sense of anticipation was unbelievable. You could just feel it everywhere you went. I barely slept that night. I probably crashed out at 4 or 5 a.m. The next morning, I woke up so early and I practically jumped out of bed. My first thought was, Oh man, I still gotta wait all day. I wanted to get to the field at 9 a.m. and just sit in the clubhouse and soak it all in. I remember going over the bridge that connects downtown to PNC Park and it was like the air was electric. I’ll remember that forever. You ever see that video of the kid opening up his presents and it’s a Nintendo 64, and he just goes nuts? That’s how it felt.

So how do you deal with that feeling in a game that requires you to block out everything and have total concentration? Clint Hurdle has instilled this saying in us since he got to the club. He says, “The game doesn’t know the game is important.” Meaning the game can be as loud, crazy and insane as you want it to be, but the baseball doesn’t care. The surroundings can change, the pitcher can change, your stats can change, but it’s still a 95-mile-an-hour fastball. It’s still baseball.

Look, I’ll be honest. I’m nervous before every single game. I’ve come to learn that nerves are a good thing. It just means you’re alive. The key is to remember that you’re just playing a game. If you’re locked in, your nerves turn into adrenaline, time slows down and a 95-mile-an-hour fastball looks like it’s 85.

What I’m saying is, sometimes you just have to embrace the ride. I will never forget the moment when 40,000 people started chanting Reds pitcher Johnny Cueto’s name.

Then a little louder.

I have never heard anything like that in my life. The next thing you know, Cueto drops the ball and it rolls off the mound, and the whole place erupts. For a second, the crowd broke the spell. He was forced to recognize the moment. The next pitch, Russell Martin takes him deep, and the rest is history. It was only 2-0 in the fourth inning, but it was over. We just knew. You could feel it. It’s something you can’t explain unless you were on that field. Two decades of losing were forgotten on that one pitch.

I’m a night owl. It usually takes me a few hours after a game for my body to shut down so I can fall asleep. But that night was ridiculous. I sat there for hours watching TV trying to settle down, but the highlights kept coming on and I’d get fired up all over again. The Mad Scientist at MLB headquarters who gave us a few days off between the Wild Card and the Division Series deserves all my respect. He’s a savior.

Obviously, the next season it got turned around on us when we ran into Madison Bumgarner and the Giants in a do-or-die situation. He just carried the Giants from the Wild Card all the way to the World Series. He had it that postseason. He just had it. There is no other way to word it. You could feel it from the first pitch. That’s the magic of the postseason, and what makes October so special. The Wild Card system might not be perfect, but you can’t deny that it’s a heck of a lot of fun.

It feels like Christmas Eve already. I don’t want to be able to hear myself think, Pittsburgh. 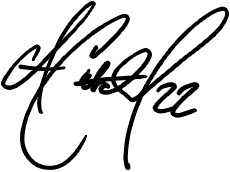 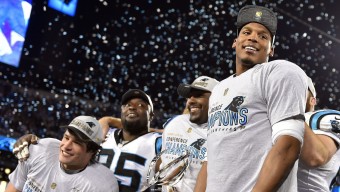 Who Is Derrick Jones Jr.?