There are times as a professional where you have to maintain a stronger faith in yourself than others might have in you. You have to believe, and know your stuff plays at the highest level. That sets the trust you take to the mound, which leads to success, which leads to confidence, which leads to conviction. Do all of those things in succession and I believe you’re left with a strong, solid foundation.

When I was younger, I was on a pretty good track to have what I hoped would be a long career as a starter. But nobody knows how long anything in the game lasts, because as players so many things are out of our control. For me, a back injury with the Cubs in 2008 led to shoulder issues that eventually required surgery in 2009. After starting 13 games for the Orioles that season, I’d been exclusively a reliever, both in the majors and the minors. The need to switch was mostly physical. My body just wasn’t strong enough to start. Out of the bullpen, my delivery changed. I went sidearm, because I didn’t feel any impinging on my shoulder when I would drop down. Plus, it gave lefties a look that was hard to hit.

I thought that was going to be the rest of my career — basically a specialist, getting left-handed hitters out — and the path I wanted to follow. 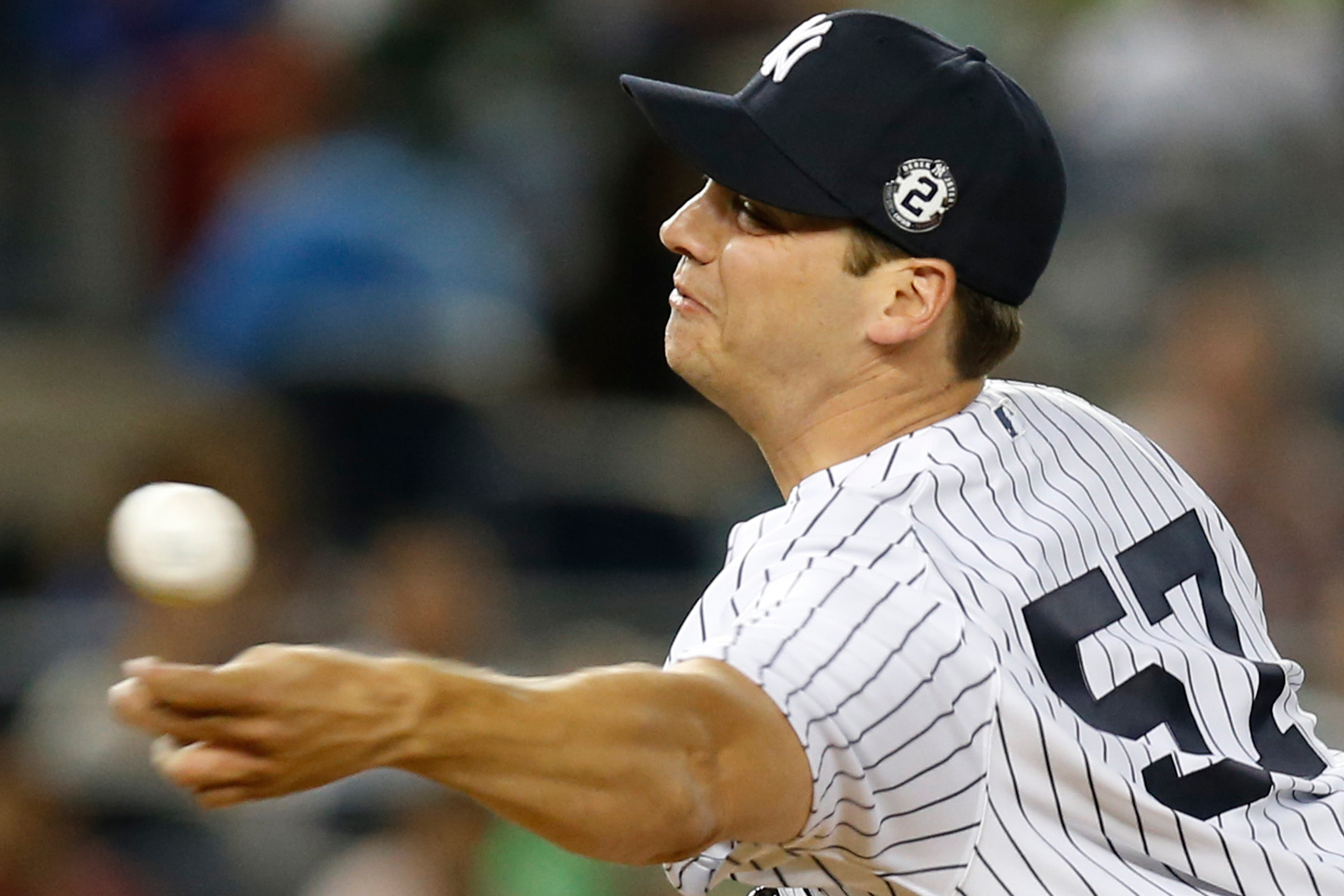 I started the 2015 season in Syracuse, pitching out of the bullpen with the Triple-A affiliate for the Washington Nationals. I was throwing the ball well. I had good velocity, a good breaking ball. Everything was still there, and for the first time in a long time, I was fully healthy. But professional baseball can often be a numbers game. That’s just reality. In June, the Nationals released me.

I went home to Milton, Massachusetts, just outside Boston. There were offers to join other organizations as a reliever. Don’t get me wrong — I was happy to have a job out of the bullpen. I had something that worked, getting me in the big leagues every year, so why try to fix it? But given the choice, I wanted to start. I enjoy the opportunity to use all my pitches and go through the lineup multiple times, each time having to focus on the best way to adjust to a hitter adjusting to me. Out of the pen, particularly as a lefty specialist, you often only face one batter, whether the result is good or bad. As a starter, you can work through obstacles. The challenges are always shifting.

Plus, I like that consistency and routine of pitching every fifth day.

I considered myself a starting pitcher who had to move to the bullpen because of my body. Now my body said it was okay to try again, but I knew I wasn’t going to get an opportunity to prove I could do it in an affiliated organization. Teams aren’t going to take a chance on a guy who hasn’t started in a while, especially when they’d have to release one of the pitchers already starting in their system to make space. Especially not for a 35-year old. 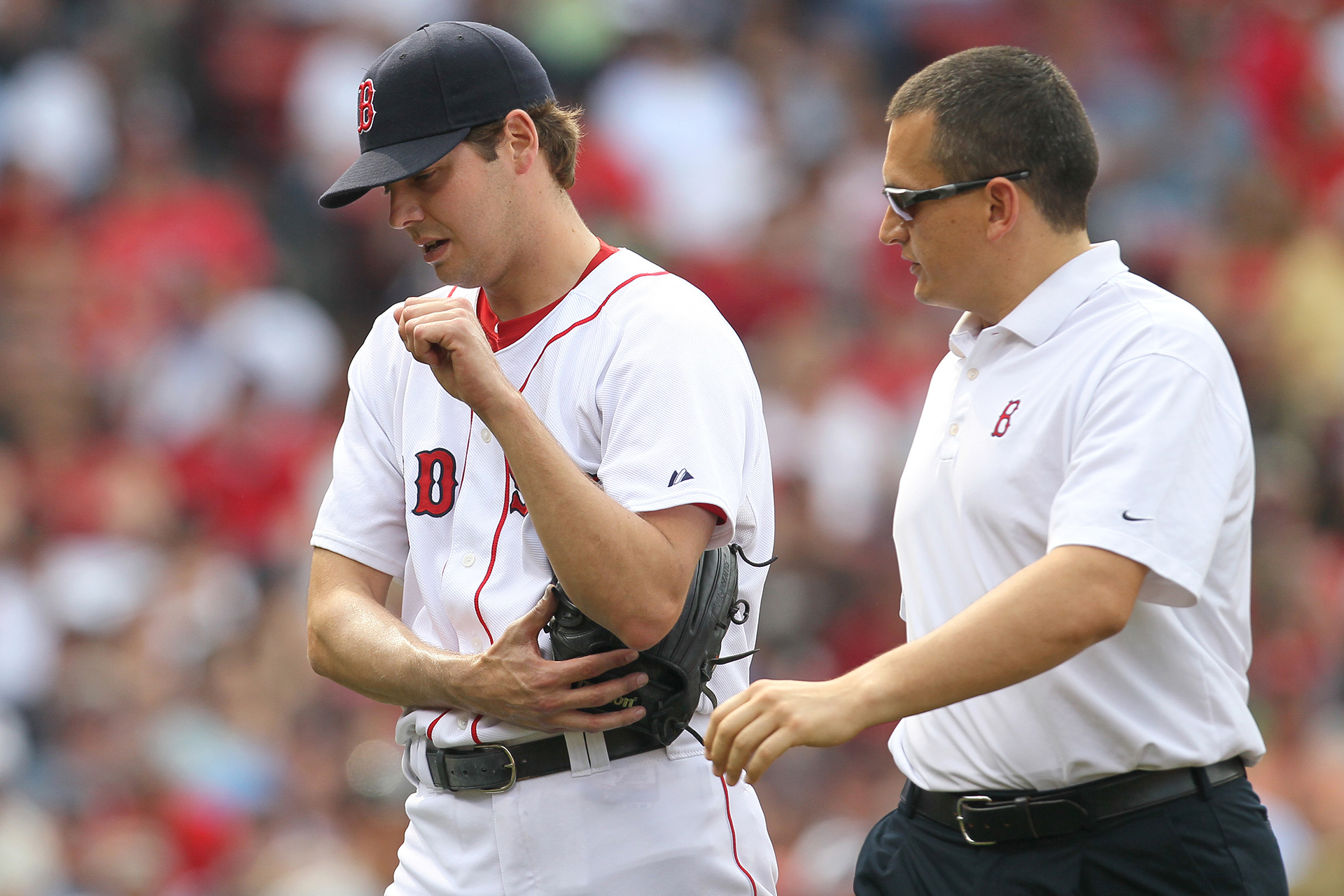 A few weeks after getting released, I went to the same American Legion field in Milton where I played growing up, and threw a 75-pitch bullpen session. I recovered well. I threw another, and again bounced back. I was able to fully commit to throwing over the top again, and was strong enough to repeat my mechanics without pain. This helped me create a downhill angle on my fastball, and added depth to my breaking ball. In late July, I went to pitch in the independent Atlantic League for the Long Island Ducks. That might seem like a move of last resort, but I wanted the opportunity, and once I got there, I liked it. Everybody was just enjoying the game. The competition was better than I expected, too. A lot of very good players looking for that opportunity to get back into affiliated baseball.

Everybody likes guarantees, but there really are no guarantees in life. Even guys that have guaranteed contracts aren’t guaranteed to play.

I pitched well with the Ducks, striking out 21 hitters in 11 innings. And more importantly, my recovery process was good. The Red Sox had been scouting and signed me as a starter. I went to their Triple-A affiliate in Pawtucket, and in five starts there allowed only 10 earned runs in 32.1 innings, striking out 29.

I was taking care of my performance on the field. For players like me with Major League experience working on Minor League deals, that’s the only thing you can control. It would have been great to have a guarantee I’d be rewarded in the end. Everybody likes guarantees, but there really are no guarantees in life. Even guys that have guaranteed contracts aren’t guaranteed to play. You have to go out there and perform. How do you approach the opportunity in front of you? What are you going to make out of it? How do I achieve my objectives every time I pitch? That has always been my mindset, going back to watching my dad, every single day, getting up, going to work, and doing things the right way. 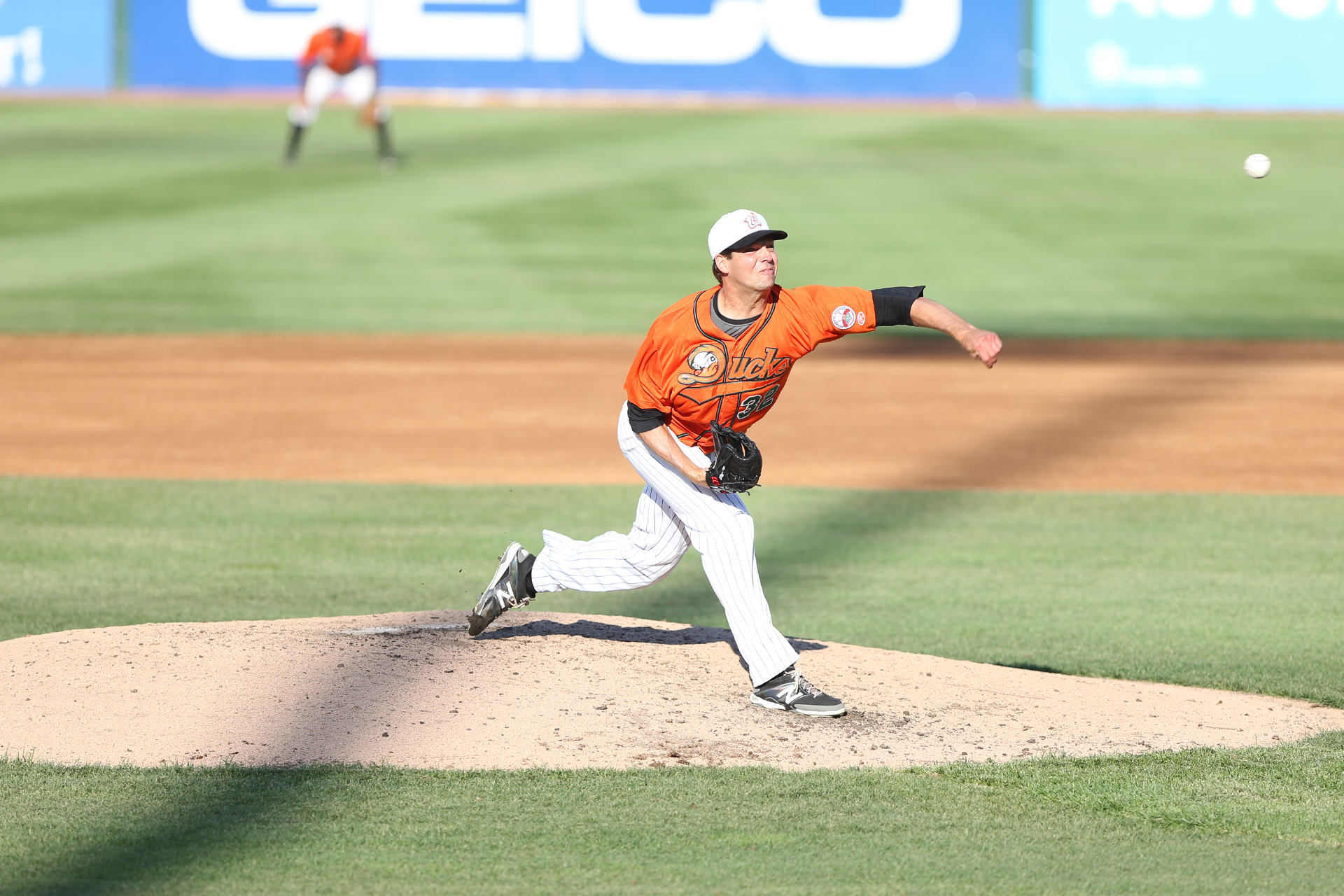 At Pawtucket, I didn’t pay attention to what was going on at the Major League level. You can’t play general manager. If I do my work, focus on the process, and throw every pitch how I want to and know I can, whatever the scoreboard says is irrelevant to how I go about my business. Go about it that way and at the end, the percentages are going to fall in your favor more often than not.

This year, they did for me.

The Red Sox wanted to limit the innings for some of their young starters down the stretch, and decided to go to a six-man rotation. They called me up on September 8th. Five days later, I made my first Major League start since July 27, 2009, against the Rays in Tampa, allowing only one hit and striking out 10.

My next start was against the Blue Jays in Toronto. In the second inning, I gave up a two-run home run to Dioner Navarro, and then allowed one more to score. For a split second, there’s some anger – I hung that pitch to Navarro – but then you get back in it. Gather. Think about the next pitch you want to throw, and make it the best you can in that moment. You can’t think about the effort it took getting to this point, or what might happen if things keep going wrong, or that people could think that first start was just luck. As the game went along and I was getting outs, I didn’t think about that, either. Only about the next pitch. That’s it. That’s the task at hand. And in the end, those three runs were the only ones I gave up over seven innings. 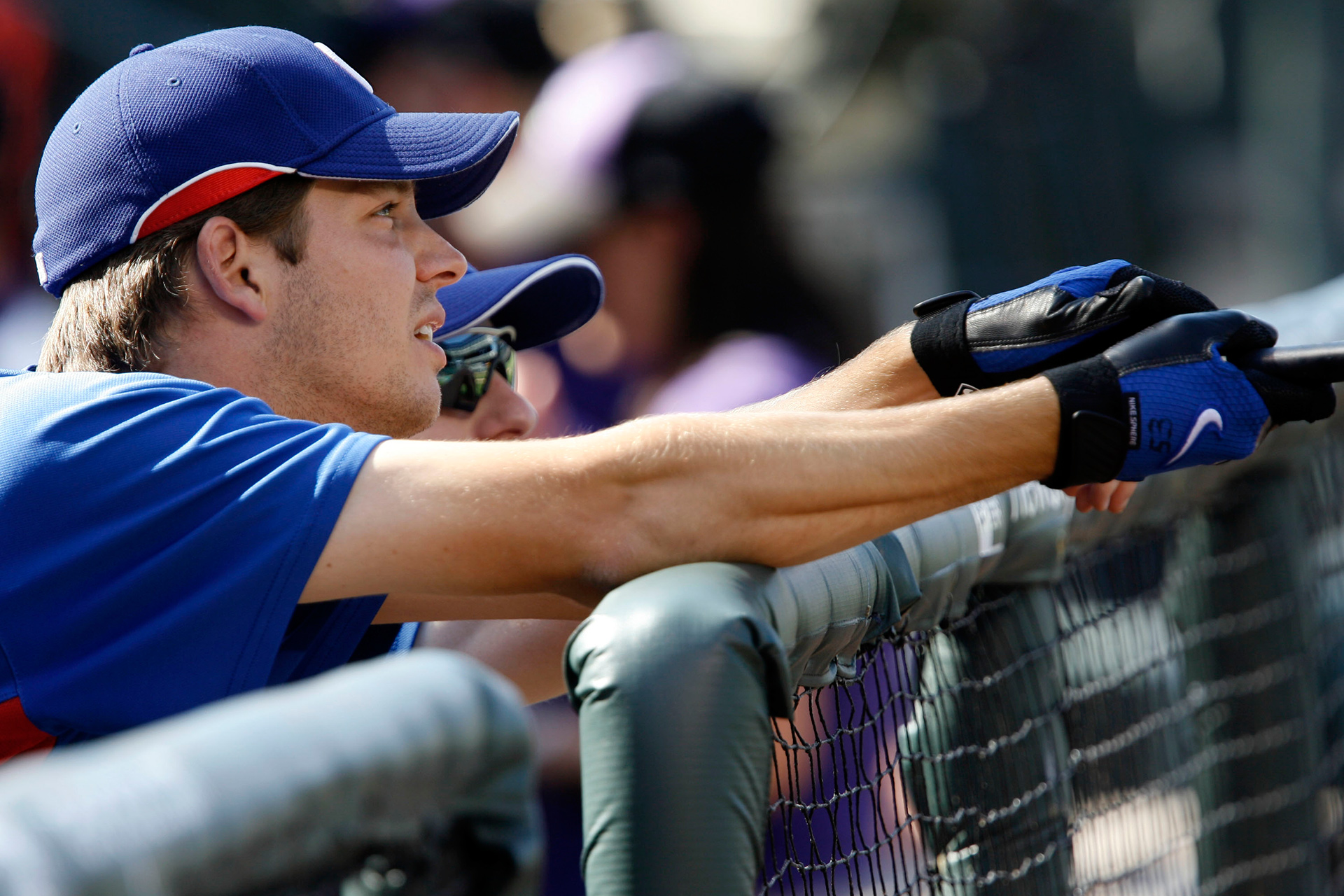 Last week, after 40 relief appearances with Boston over three different seasons, I started at Fenway for the first time as a member of the Red Sox. I’m happy it went well — I threw my first complete game shutout since 2006, and if you haven’t seen the catch Mookie Betts made to save it, it was unbelievable. Sandy Leon, who caught many of my games in Pawtucket as well, called a great game behind the plate, keeping me in a good rhythm. For the third straight start, I had 10 strikeouts.

It was definitely a nice reward for the hard work it took to reach that moment. I had tons of family there — my wife Caitlin and son Brice, my parents and in-laws, brothers and sister — and they were incredibly excited for me. As a kid from Milton, it was special. But everywhere is special at this level. It’s where you want to be as a player, against the best competition, night in and night out.

At 35, the game slows down. You really understand the value of consistency and routine.

Boring as it sounds, I took that game one pitch at a time, too.

I appreciate how excited people have been about the way I’ve pitched, and my story. But I don’t consider it a comeback, really. Maybe as a starter, but not a comeback to baseball. Sometimes I hear the question posed to me, like I was out of the game for six years or so, and that’s obviously not the case. I had been in the Majors as a reliever. Sometimes things get lost in translation, though. Honestly, I think the real challenge was coming back as a reliever when injury derailed my career as a starter. I had to find a new way back to the big leagues. 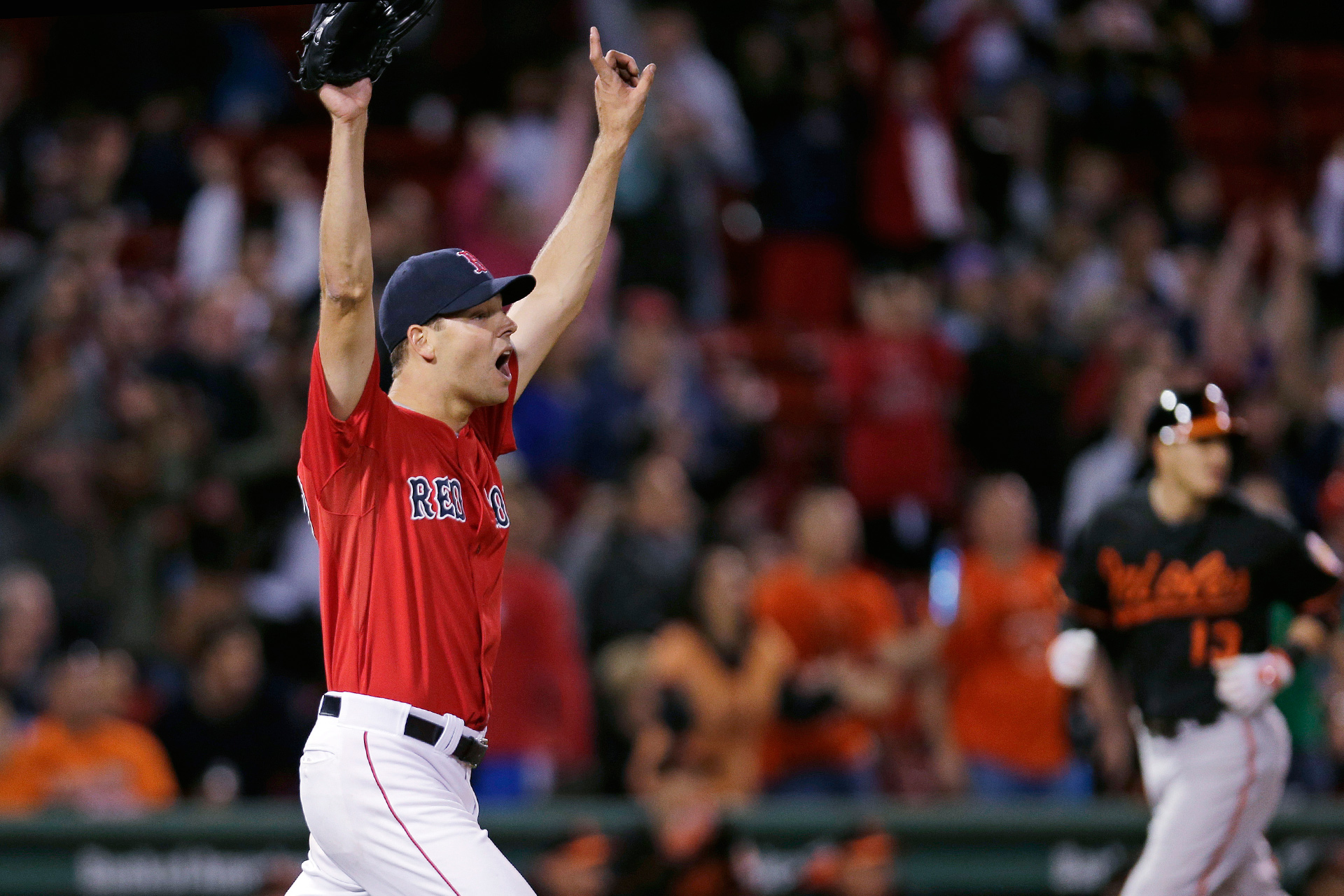 This is me getting back to what I’ve always done.

I’ve gotten stronger over the last few years and have realized how to pitch, understanding what works best for me. You have to make a decision what’s important to you — is it velocity, or being able to change speeds and command different pitches? The one thing that I like to do is mix speeds and breaks with my breaking balls. I throw more of them than most pitchers do, but an effective curveball make my fastball better. At 35, the game slows down. You really understand the value of consistency and routine. I work smarter now than I did in the past. I’ve learned to peak on that fifth day, without trying to do too much in between.

People have asked me about next year, and whether I think I’ve put myself in contention to be in Boston’s rotation. I’d be ignorant to say that looking at my body of work this year, I didn’t help myself. But that’s also something out of my control. Focusing on process, I’ve done everything possible, and will continue to do everything possible.

In the moment, one pitch at a time. 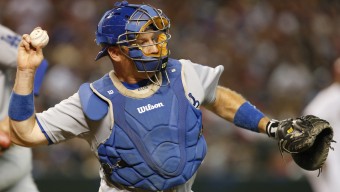 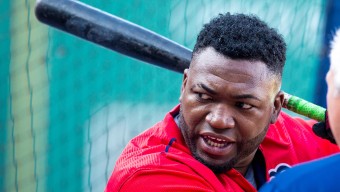 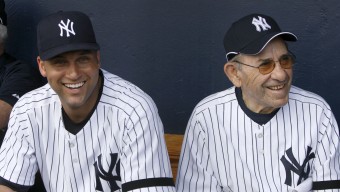 The Yogi I Knew