A lot of people in the NFL know me as a huge Star Wars fanatic. But I have a confession:

The first Star Wars movie I saw was a prequel.

I know, I know. I can explain.

I was right at the perfect age when Episode I: The Phantom Menace came out. I was just this little kid in my hometown theater in Dallas, Georgia, sitting there in awe. The biggest thing that drew me to the Star Wars universe was how connected everything was — for whatever reason, it just made sense to me. I instantly identified with it.

Since then, throughout college and into my career with the Chiefs, I’ve never let go.

Now, I know what you’re thinking: I know the prequels aren’t the greatest movies on the planet, but they struck a chord with me. I can’t hate them because they are what first made me fall in love with Star Wars.  I can’t help but keep a special place for them in my heart.

After I saw The Phantom Menace, I just dove in. I saw all of the movies and also read some of the books and comics. My passion never really let up, and I took my love of the Star Wars universe with me in 2011 to college at Georgia, where I played football for four years.

That wasn’t exactly the end of it, though.

One night in Athens, I was sitting in my dorm room, bored, and I was watching all these lightsaber duels that people post on YouTube. After about an hour watching different videos, it hit me: We can do better than this. (And by we I meant myself, the friend I would be dueling and whoever we could find to film two guys hitting each other with sticks.)

The project started as just a duel that we would film and post to YouTube. But then we thought, Hmm, O.K. Maybe the duel should have a little bit of a story.

And then, Well, if the duel is gonna have a story, we should probably tie it in with Georgia somehow.

And finally, Oh, and if we’re gonna tie it in with Georgia, let’s have Georgia football be part of it.

That’s when we thought, Oh, this could be really funny. The project just snowballed.

I took a crash course that was basically reading Filmmaking for Dummies, but I also read articles, watched videos and seminars, and read FAQs. I surrounded myself with as many talented people as I could, wrote a script, choreographed fights for about a month and got permits for different locations. I had to beg people for equipment and help. We shot it and edited for about five months afterward.

The result was my fan film, Retribution, in which I played the Sith lord, Khari Vion.

It’s very raw and it has tons of mistakes that we see now, but given that it was my first film project, I’m proud of it.

So, I’m coming from a pretty personal place when it comes to the task of reviewing the newest Star Wars film, Rogue One: A Star Wars Story, which I saw with my teammate (and fellow huge Star Wars geek) Ramik Wilson earlier this week.

Before I go any further, #SPOILERS.

The nature of Rogue One is different from anything we’ve seen before in the Star Wars saga: It’s not an episode. It’s a story (it says so right in the title), so it’s something unique and independent from the tale told in the episodes. In fact, Rogue One immediately sets itself apart from every other Star Wars movie because it does not open with a scrolling intro.

The story format lets the filmmaker explore the Star Wars universe a little more freely than he could in an episode. Rogue One takes a director you might not necessarily associate with the franchise — in this case, Gareth Edwards (Godzilla, Monsters) — and gives him some interesting and unconventional Star Wars characters (particularly Jyn Erso, played by Felicity Jones, and Chirrit Emwe, played by Donnie Yen) to build on.

Rogue One takes place 20 years after Episode III: Revenge of the Sith. In terms of time frame and mood, the new movie represents a shift from the prequels, from a period where the Force is real and the Jedi are strong to a time when the Rebellion is on its heels, hope is hard to come by and the Force is just a myth. A group of rebels, led by Jyn Erso are tasked with stealing the plans for the Death Star, a new planet-destroying battle station built by the evil Galactic Empire. (Jyn is the daughter of Galen Erso, a conflicted Death Star architect). Knowledge of what happened between Revenge of the Sith and A New Hope is invaluable for a Star Wars fan. While Rogue One rushes to establish context for where in the universe the action is taking place — the first 10 minutes of the film jumped around so much that my head was spinning — eventually, it settles down and tells the story.

And, luckily, the story is the focus of Rogue One. Edwards does a great job of not getting caught up in the special effects of Star Wars, the oohs and the aahs that everyone loves, but threaten to disrupt the story. Like J.J. Abrams did last year in Episode VII: The Force Awakens, Edwards drives his movie forward with story and character development. Rogue One has a significant limitation though: You only get two hours with these characters, far less time than we get with some of the franchise’s classic characters. Despite that, Edwards does a solid job, and given the circumstances, I think that’s super impressive.

However, Rogue One’s compact form and lower-stakes spin-off format is a bit of a curse. Although Jyn and the other characters are memorable, they fall just short of being iconic. They’re lovable, but they’re not your Obi-Wans, your Yodas, or those other characters that, when you hear Star Wars, you think of immediately. (I’m not counting Darth Vader here, though. He has several scenes in Rogue One, which I’ll get to in a bit.) I really connected with K-2SO, a mouthy droid, who was one of the best-developed characters in the movie. Chirrit is the one person who is still holding on to hope and holding onto the Force.  That’s a powerful concept. I would have loved to have seen more from him, and he felt underdeveloped.

Though Rogue One is a new story featuring characters who won’t appear in other installments, the film takes time to pay homage to the Star Wars franchise. I was thankful for that, as a fan. Rogue One features countless cameos and tributes to the larger Star Wars universe. You have James Earl Jones as the voice of Vader, which is necessary. The other cameos — Senator Organa, C-3PO, the bar brawlers who get in a fight with Luke in A New Hope — those shout-outs excited me as a fan.

While Star Wars fans expressed concern online about Edwards’s decision to animate Governor Tarkin and Princess Leia using CGI, any fears should evaporate the second Tarkin’s face appears onscreen. Even with the heavy CGI, Tarkin actually looked eerily, creepily good — I think that kind of added to the moment. The way they revealed him in the movie, you knew who was lurking in the shadows. But you don’t see his face until the end of the scene. And when you finally saw it, his face was kind of spooky, which added to the overall essence of his character was and emphasized how much of a villain he really is. Leia’s moment is relatively brief, but it’s memorable and had people whooping in the theater.

As for all of the things that feel new in Rogue One, I especially appreciated the witty writing and the use of practical effects, meaning stunts or any special effects made without CGI. Sometimes, the script can feel a little too comical, but then the movie circles back to a more visceral place with the help of practical effects. That’s extremely important, and it helps make this movie feel like a Star Wars movie. Something I pay a lot of attention to, as someone who has made his own fan film, is CGI. When you see a big CGI scene, there needs to be something that is going to snap viewers back to reality — a practical effect or an actual prop or a constructed set. In other words, something real. The good news about Rogue One is that it does that every time, and I loved it. It blends the old with the new, and it shows that, while the filmmakers are going to new places, they still want to pay homage to the Star Wars tradition that audiences care so much about.

Which is as good a time as any to bring up the final Darth Vader sequence, when he boards the shuttle that serves as the transition between Rogue One and A New Hope. This is a scene that people — including me — have long been waiting for. Vader is such an underrated character in general, and he’s quite possibly my favorite. If you look at books and comic books, he is one of the most powerful characters in all of fiction. We don’t get to see him that much in the movies, relatively speaking, so people might not understand that. Even though I had waited forever for that scene — Vader takes on an army of like 30 dudes — it lived up to all my impossible expectations, and showed him for the all-powerful Sith that he is. That’s an important element of the Vader mystique that Rogue One left intact. It shows people what a badass he is. Although I loved several of the action sequences — the scene on Edu where X-Wings are coming through rocks in a canyon, and you’re seeing the CGI of the X-Wings mixed with the practical effects of the explosions really sticks out to me — the Vader scene left a definite impression.

While I wouldn’t give Rogue One a 10 out of 10, it left me feeling optimistic about where Star Wars is headed. It also reminded me of why I fell in love with Star Wars in the first place: The franchise always seems to find a way to tell many different stories within the framework of its galaxy.

Rogue One, above all, makes me excited for what’s to come: Given the success of The Force Awakens and what I know will be success for Rogue One, it gives future installments more room to take risks and keep building on this awesome universe. I’m still just as big a Star Wars fan and nerd as I was when I was a little kid sitting in that theater. Rogue One brought me to a new side of the Star Wars universe, and for that I’m thankful.

I do have one request.

Even though I know Disney has come down on the Extended Universe — only what happens in the moves is canon — I still have a few ideas. How bout seeing the Galen Marek story line from The Force: Unleashed fleshed out in a movie? Or maybe a reappearance of Darth Maul? I’m not saying he has to come back with his torso attached to a spider-leg mech….

That would be tight, though. 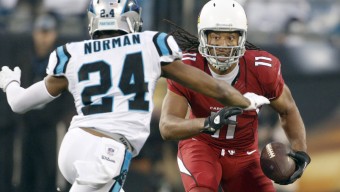 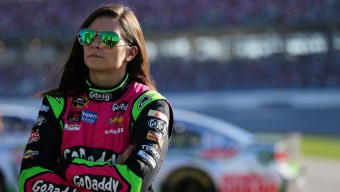