It was the first day of school, with one small difference.

“School” was the San Francisco Giants.

I had just gotten called up to the big leagues.

I walked into the visitor’s clubhouse at Citi Field in New York. You remember the feeling: weak knees, a swarm of bees in your gut — conscious of every step.

I was the new kid in class.

I knew almost nobody on the big league team, which is kind of unusual. Most players making their Major League debuts have spent at least a little time with the big leaguers during spring training. Not me. I had been an 18th-round draft pick in 2012 — not exactly at the top of anybody’s, “Hey, watch this guy’’ list. Only having had a single season of A-ball under my belt, I spent all of spring training in 2014 in minor league camp. 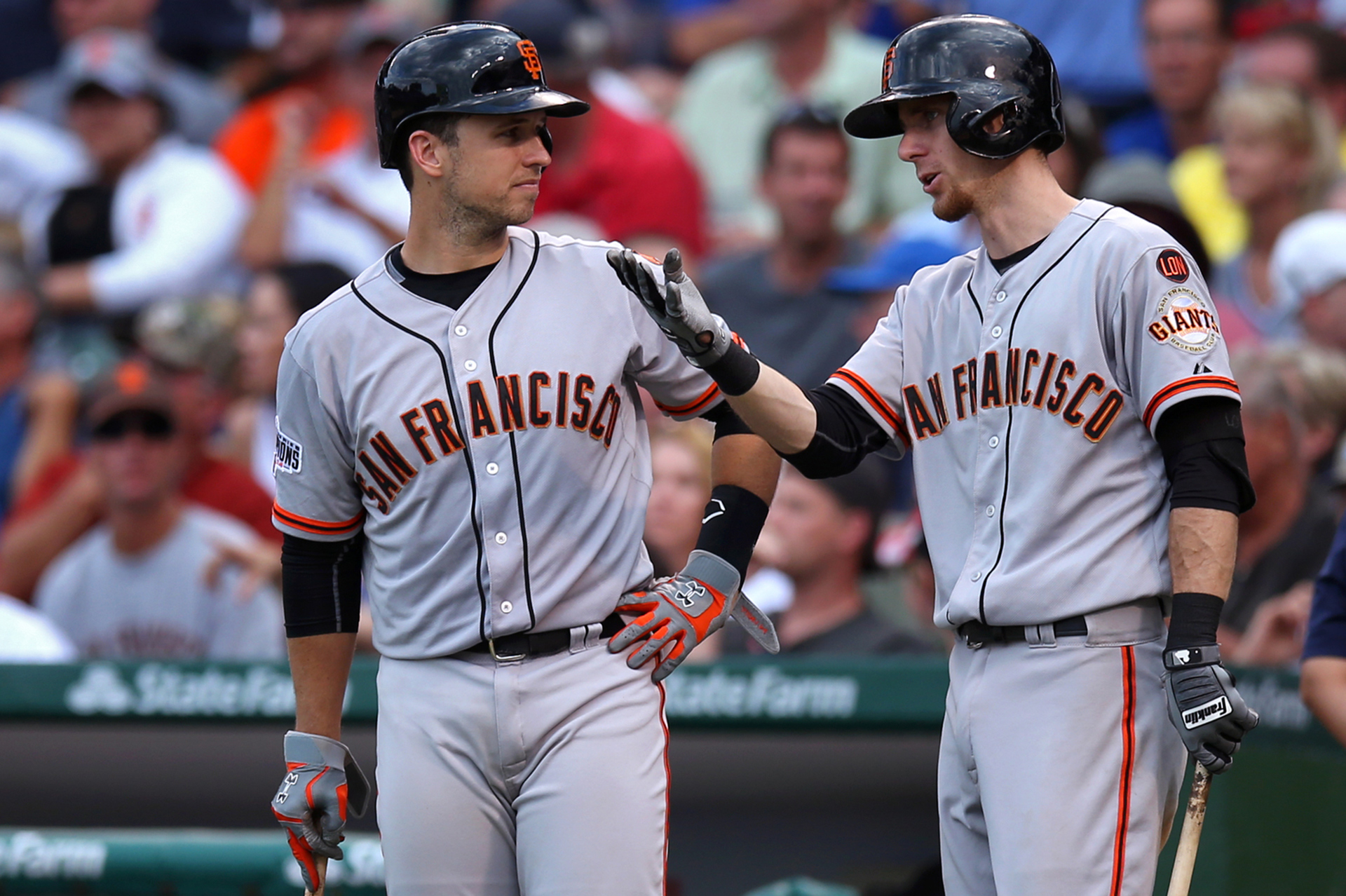 So when I walked into that clubhouse, I was a total stranger.

But no sooner had I found my locker — there was my name, right there, in the same room as Buster Posey and Madison Bumgarner — when Hunter Pence appeared at my side. He introduced himself, and shook my hand and congratulated me. “Hey man,” he said. “You have to go out there and compete. You have to be aggressive.”

And then he said something that floored me.

I was 23 and just up from Double-A. Nobody had ever heard of me. But Hunter Pence had just come up to me and said, “We need you” — and the “we” was the San Francisco Giants. That seemed crazy to me.

But, as I soon learned, it wasn’t crazy. That’s just the Giants’ way. My conversation with Hunter began a succession of welcoming handshakes and confidence boosters from the team: Buster, Brandon Crawford — everyone. Play big, they told me. Let’s win some games, they told me. The younger guys, with their own debuts still pretty fresh, told me not to pay attention to the names on the backs of the jerseys. 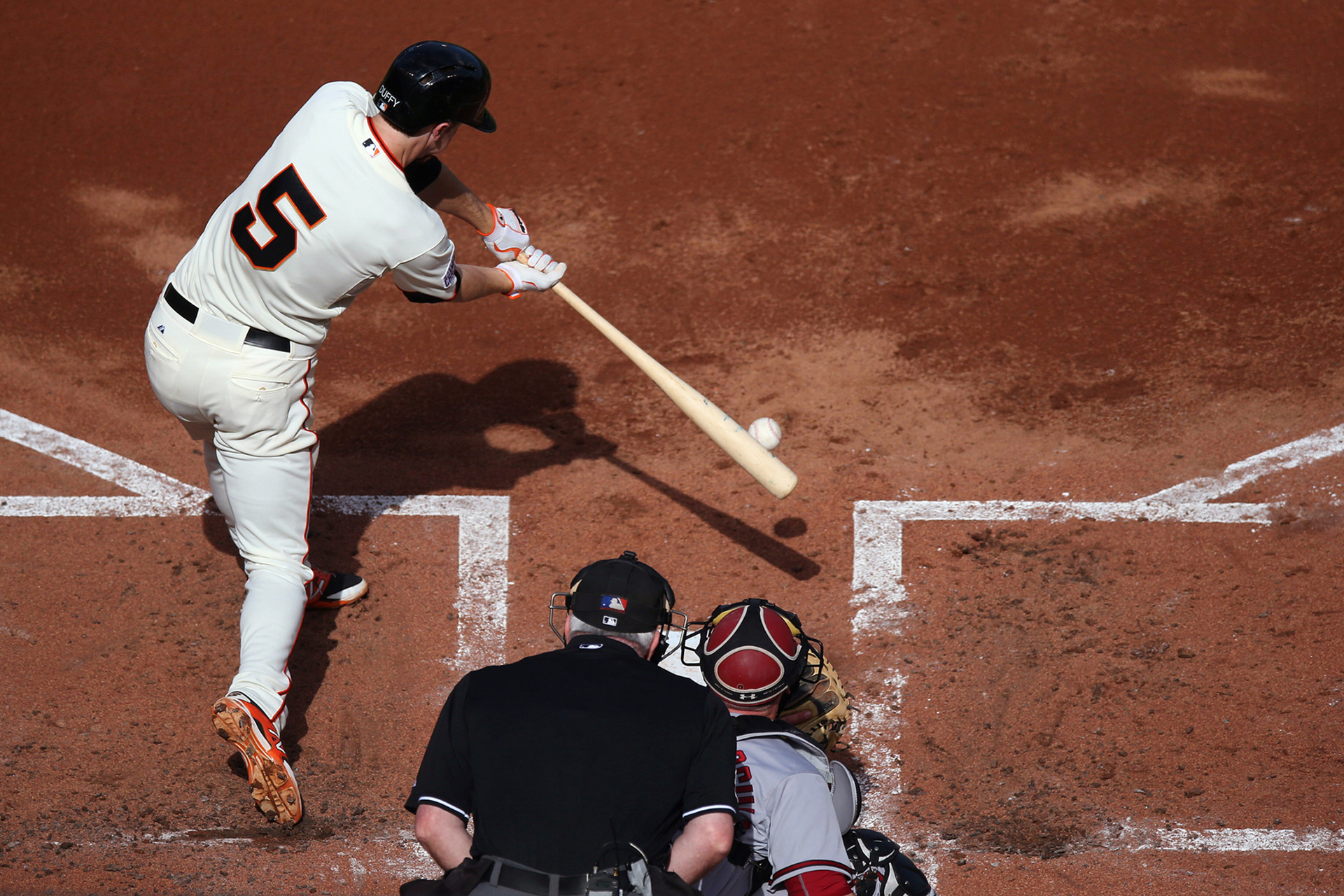 Oh, and one more piece of advice they gave me: Don’t look up. What does that mean? Well, minor-league parks usually have just one level. A few parks, the really nice ones, have two levels. But never three.

The first thing I did was look up.

The same sensation grabbed at me in the third game of our series, when we went up against Bartolo Colón. I had watched Bartolo as a kid in Long Beach, growing up, when he was with the Angels. I’d rooted for him. I’d watched him win a Cy Young. And so when he took the mound that day, I was thinking more along the lines of, Should I snap a photo? My mind was nowhere near the mode of thinking, How do I beat this guy?

The next stop on the road trip was Milwaukee. When a bunch of guys went out to dinner one night, they pulled me along. They fed me like Italian mothers: Eat this! Eat that! You’re too skinny! Order whatever you want! I was the center of attention — but in a positive way. There was none of the belittling or dismissiveness that I know happens on some teams. My only “chore” as a rookie was to bring a bag of beer from the plane onto the bus for the drive to the hotel. I couldn’t have been happier to do it. 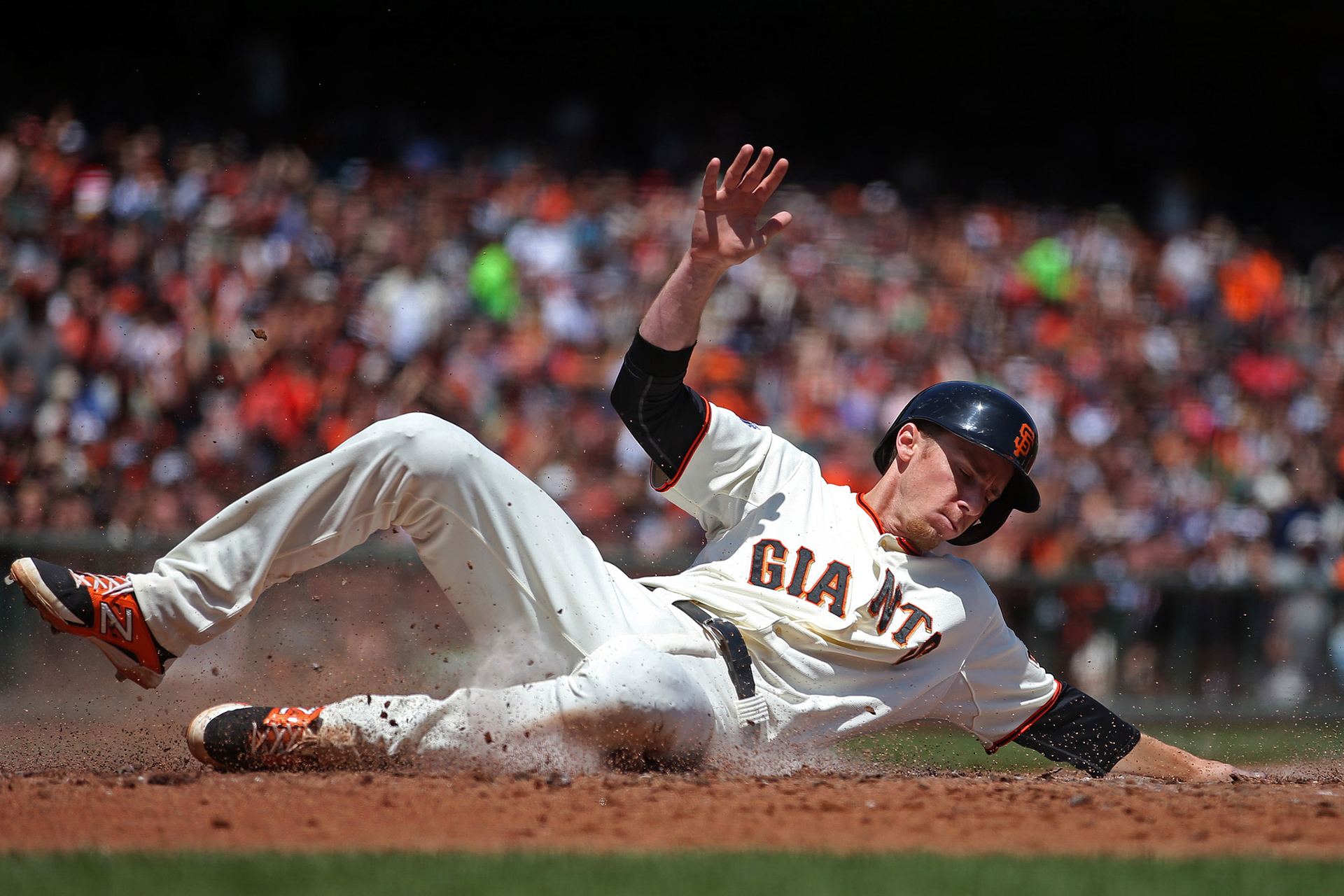 Before long, I realized that this — all of this — wasn’t just guys “being nice.” Instead, it was one of the very real secrets to the Giants’ success: That their young players adjust quickly to life in the big leagues. From rookie Buster Posey taking over the starting catcher’s job on the 2010 World Series team, to rookie Joe Panik playing unbelievably at second base in the World Series last year, to rookie pitcher Chris Heston throwing a no-hitter this year. That stuff’s not random. It’s a pattern. And patterns don’t happen by accident.

I wanted to be part of that pattern. So I buckled down, and got to work. No more fandom — just learning.

I’d watch Buster strike out in a big situation, and come back to the dugout — never cursing or throwing stuff, remaining as cool as could be. And I’d learn a lot from that: about just how much failure — and dealing with failure — is part of Major League Baseball. About how preparation, and not outcome, is what a smart player will focus on. Buster accepted his micro-failures and moved on to the next at-bat. If the best guy on the team can do that, how can’t I?

I’d watch Crawford at shortstop. He’s so calm on the field. Even if the runner is extremely fast, Craw never looks like he’s rushing. You’re sure the runner’s going to beat the throw. Except: then you blink — and there’s the ball, at first base, ahead of the runner. It’s almost like a magic trick, a sleight of hand. The slower Craw goes, the faster he makes the play. Don’t rush — that lesson alone has already made me a better ballplayer. 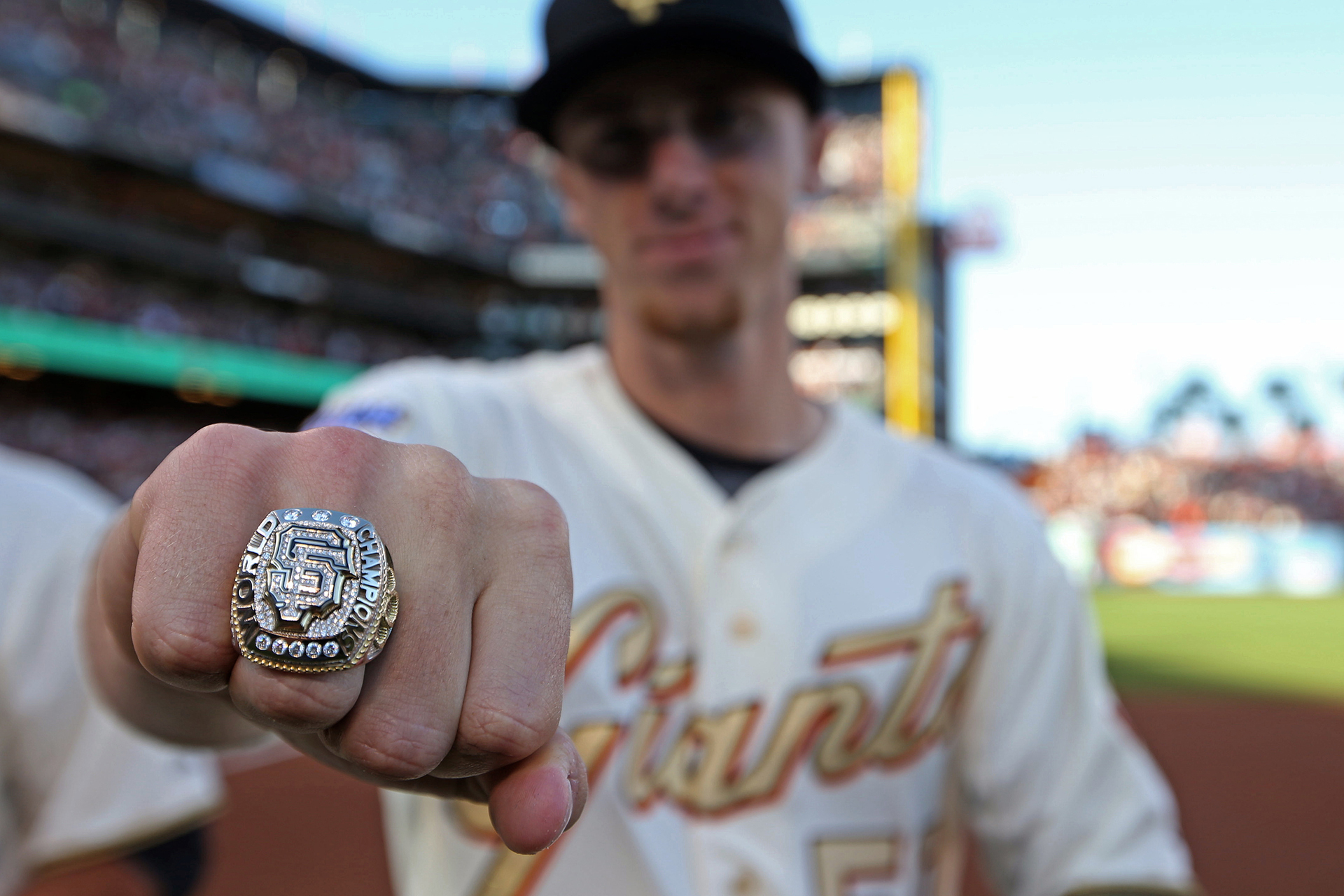 But the lesson that’s meant the most to me came from Casey McGehee.

Casey was the Giants’ starting third baseman this season, signed last December to replace Pablo Sandoval. I made the team out of spring training as his backup.

Right from the start, Casey took me under his wing. He taught me something every day: a tip here, a pointer there. Really — every day, with Casey, I learned something new. Even on his off days, when I’d play for him, he’d help me from the bench: scout for me; talk me through things; adjust my positioning depending on how a batter was swinging.

When Casey began to struggle, my name appeared in the starting lineup more and more. And still he coached and mentored me.

On May 26th, we were in Colorado to play the Rockies. It was a couple of hours before the game. Casey tapped me on the shoulder.

“Step into my office,’’ he said, leading me to a storage closet in the Rockies’ visiting clubhouse. He shut the door. I thought he was just giving me another pointer, or maybe I did something wrong that I hadn’t realized.

Then I saw he had tears in his eyes.

“Hey, they’re sending me out,’’ he said. “I just want you to understand that this isn’t your fault. You did what you were supposed to do — which is to force the issue. And you did that. You shouldn’t feel bad. You did great. When I was a rookie in Milwaukee, I took Bill Hall’s job — and I felt bad for a month. Probably more. I don’t want you to do that. That’s important to me. Do not feel bad for one second.’’

I didn’t know what to say.

It was a stunning gesture. In that moment, he had shown me what true generosity and selflessness looked like. He had lifted a huge weight off my shoulders: This amazing thing had happened to me … and I didn’t have to feel guilty.

It was like Hunter wiping away my fear and anxiety during those first few minutes at my locker — but on a much larger scale. Both moments, in their own way, delivered the same message: We’re a band of brothers. And we look out for each other. 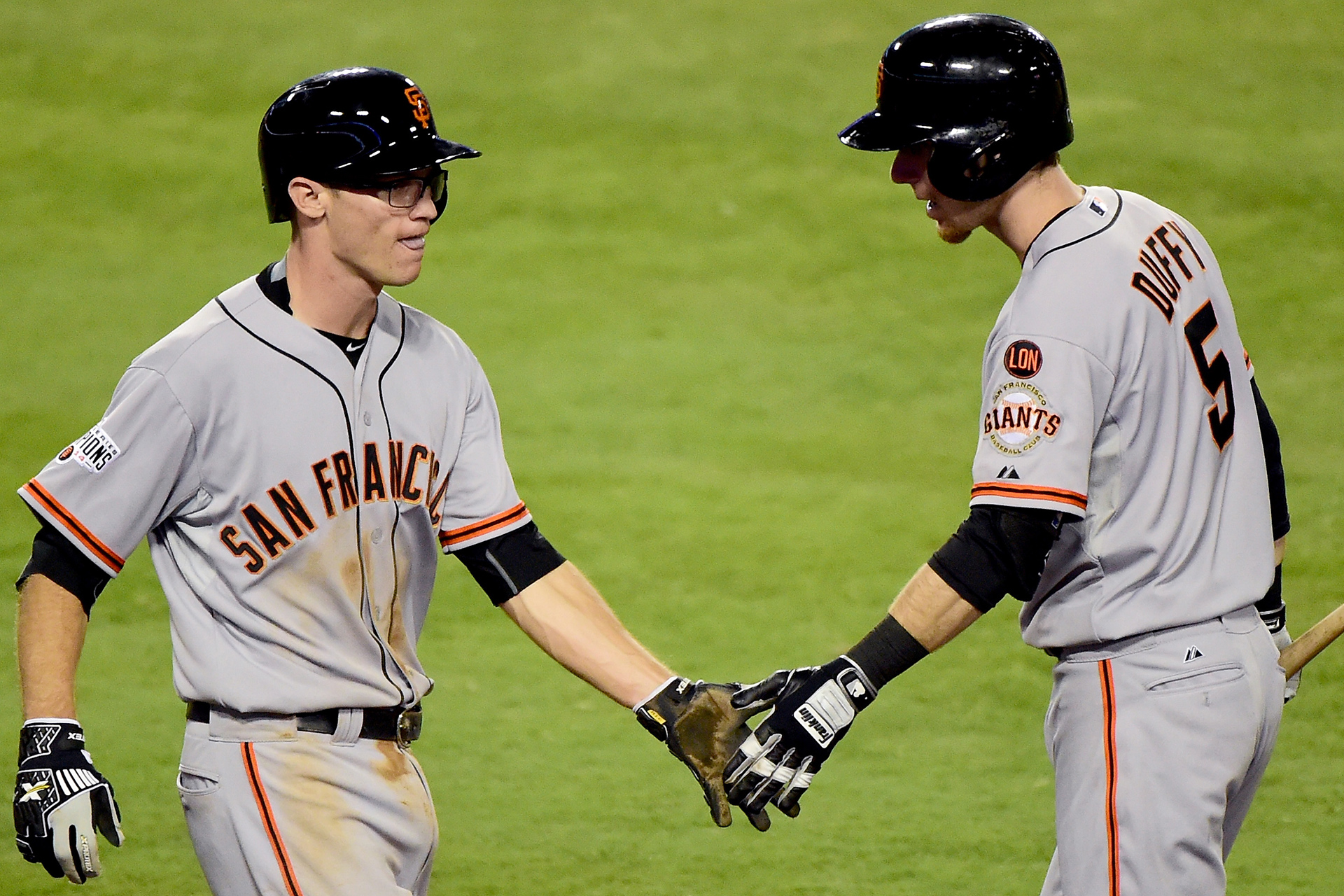 On August 3rd, a Triple-A infielder named Kelby Tomlinson, a 12th-round draft pick, walked into our clubhouse. He had just been called up to fill in at second base for an injured Joe Panik.

I found him sitting in front of his locker, reading scouting reports.

“Hey, congratulations,’’ I said, giving him a hug. We knew each other from the minors.

I told him not to pay attention to the names on the backs of the jerseys.

And I told him not to look up — whatever you do, don’t look up.

But then, like all of us, he got the hang of it.

As of September 14th, Kelby has a .304 average. Recently, he hit a grand slam and a clutch walk-off single to help us beat the Cardinals. He’s seeing the ball and he’s letting things go.

And maybe it didn’t matter what I told him that day. Maybe none of those things matter. But I like to think that they do. And I like to think that he’ll pay it forward to the next young guy who comes through the Giants’ clubhouse — who walks to his locker with weak knees and bees in his gut. 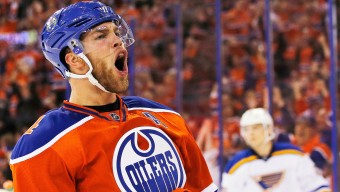 What the (Blank)?: NHL All-Star Edition 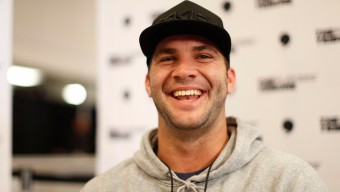