Imagine for a second you’re one of the best in the world at your sport. Imagine you’ve been training your entire life to be this good, ever since waddling out onto the ice for the first time at five years old. You skated until your little feet were numb. You put holes in the garage door practicing your slapper, and eventually your mom just got used to it. You woke up at 4 a.m. to drive to tournaments all across the country. You did wall sits and ran stairs for fun. You missed dances and parties so you could be this good.

Now you get to play in college. 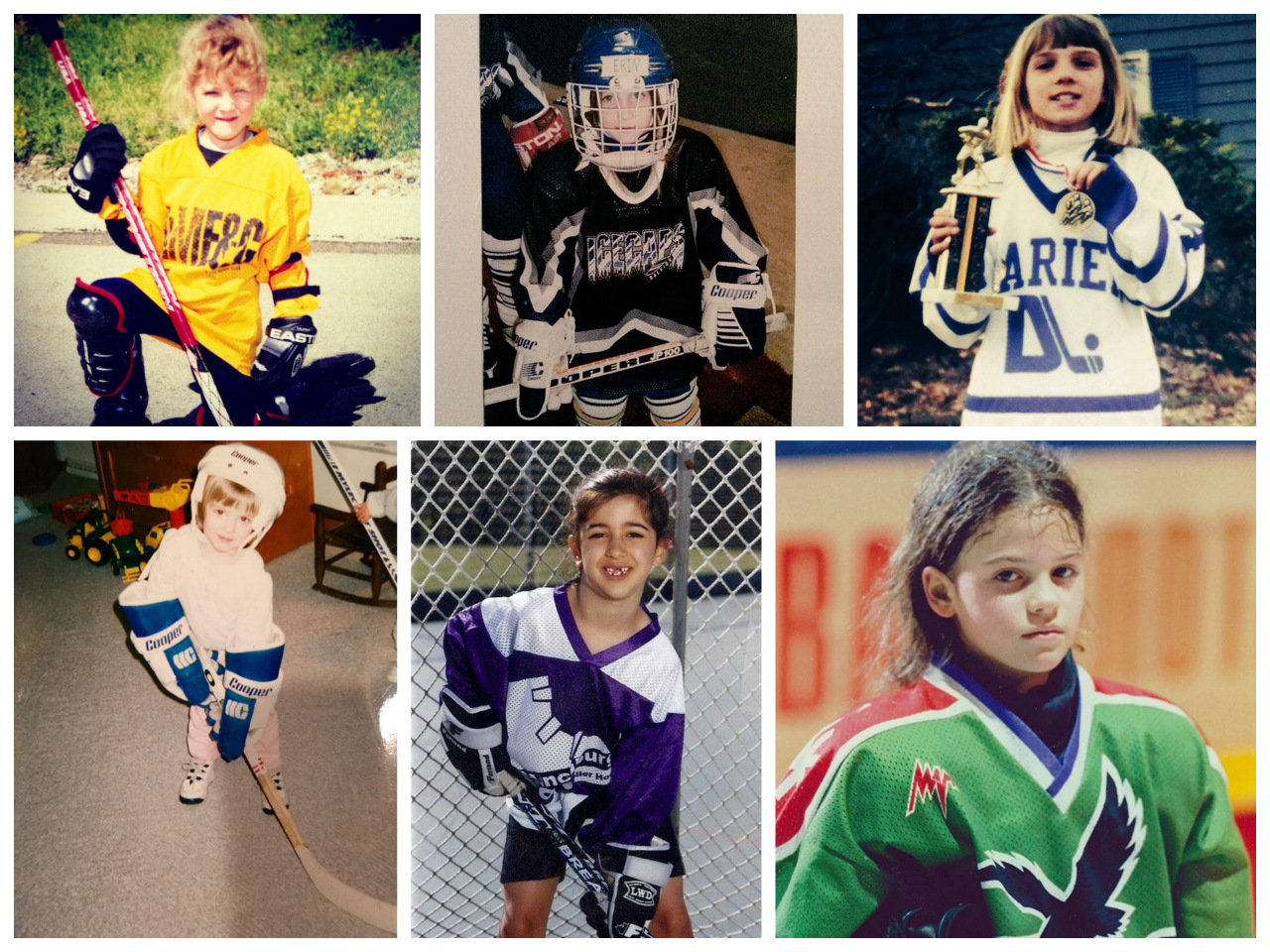 When you get to college, you have everything you need to perform at the highest level. A trainer, a first-class weight room, protein shakes, customized sticks, free tape and best of all — ice time. Now you really start to take off. You’re seeing the game in slow motion. You’re adding a little extra whip to your shot. You’re playing the game beautifully and creatively and racking up points. On the road, you’re staying in hotels with pools and living the dream. You’re doing things at a level you never thought possible.

And then all of it goes away. You graduate from college and there’s no more free sticks, no more trainers. If you’re a woman, you have reached the end of the road. Unless it’s an Olympic year and you’re on the roster, you’re going to be looking for a real job and hitting open sessions at your local rink. Before the best young female hockey players even have a chance to reach their peak in their mid-20s, they’re waiting tables or going to grad school and training alone when most people are sleeping. 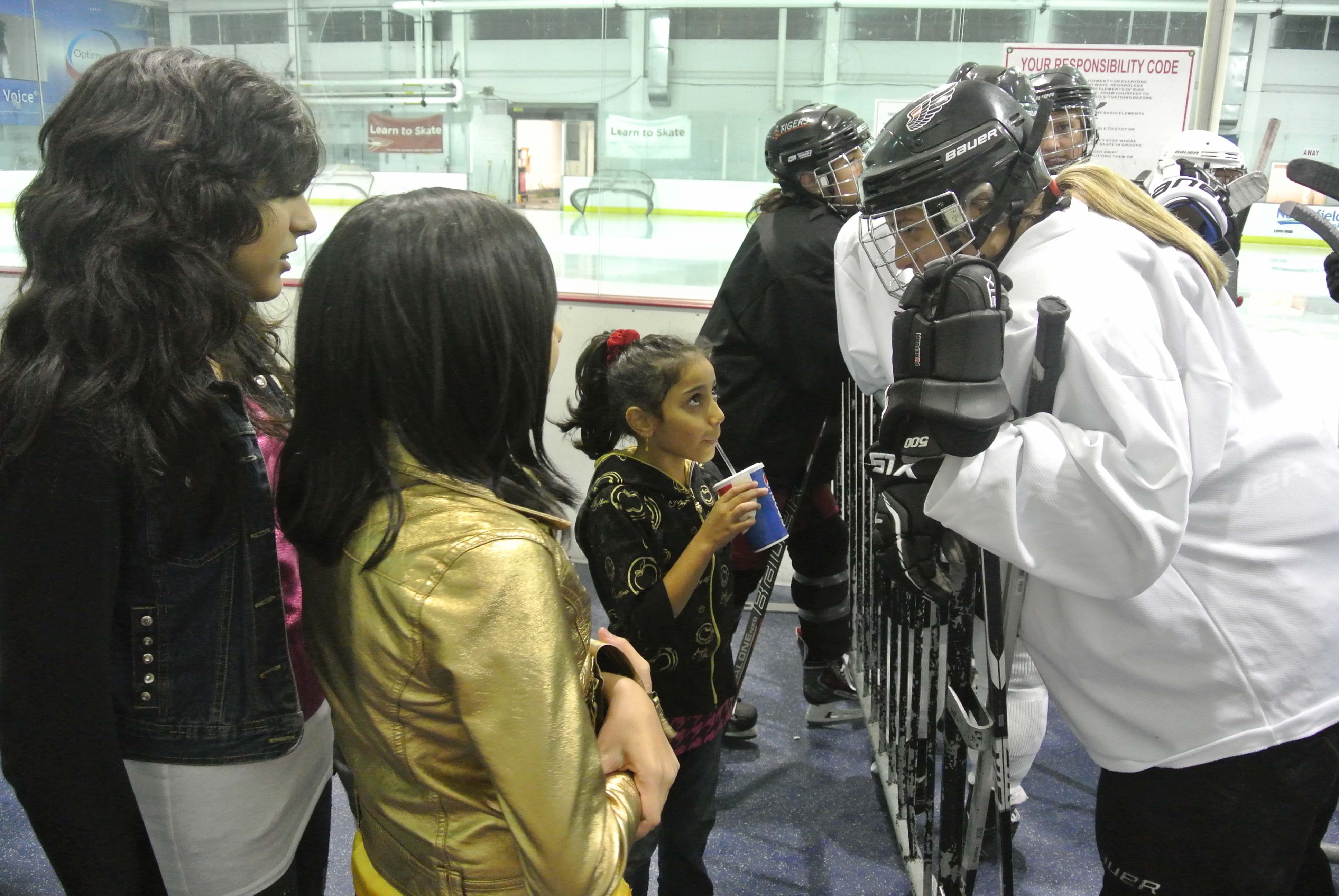 I had heard this same story too many times. An incredible collegiate player walks into a public rink carrying her own bag, playing pick-up with high schoolers and beer leaguers and thinking … Oh my god, what happened? Is this really it?

So I had a crazy idea: What if we created a sustainable professional league that actually paid players and gave them access to the best equipment? What if they didn’t have to store their hockey bags in the back of their cars or in the bathroom of their apartments? (Elbow pads can smell so, so gross). We would have to start small, but wouldn’t people come out to watch the best female hockey players in the world?

Growing up in Tampa in the early 90s, my hero wasn’t Wayne Gretzky or Mario Lemieux. It was Manon Rhéaume, the first and only woman to play an exhibition game in the NHL. I remember seeing her in net for the Lightning and thinking, Whoa. This is awesome. This is possible. 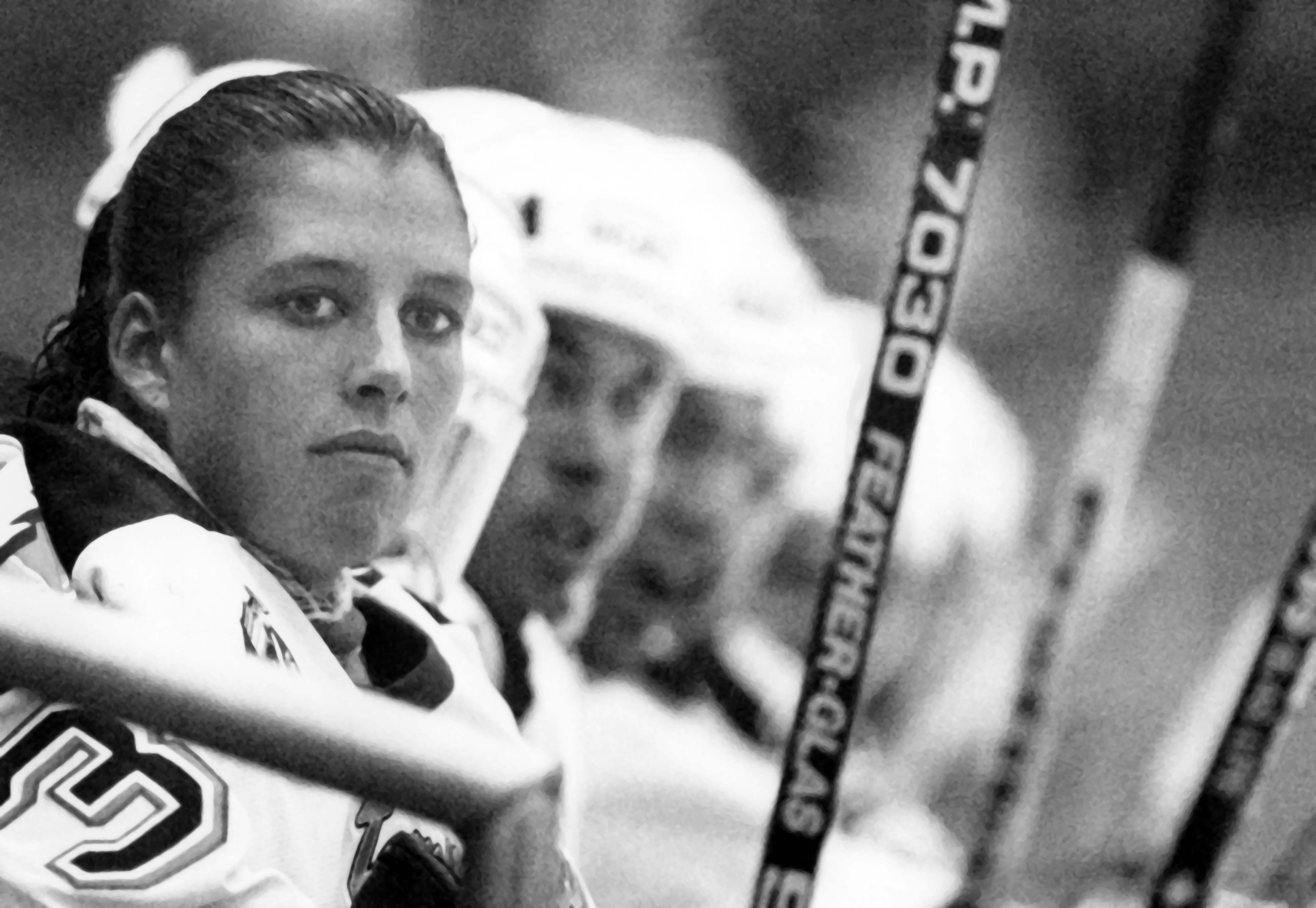 In the 20 years since Manon played for the Lightning, a lot of progress has been made for female athletes, but the vast majority of hockey players are still in the wilderness at age 22.

So then, the question: How do you create a professional sports league? How do you deal with market research, labor laws, visa issues, logistics, advertising, business incorporation and hundreds of other questions?

The National Women’s Hockey League was born the way a lot of startups are born in 2015. Data and social media became the driving force that made our league come together. Did you know, for instance, that 33 percent of the female youth hockey players in America are registered in just three states? New York, Connecticut, Massachusetts. We learned from researching other female pro sports leagues how travel costs can be a drain on budgets, so we wanted to keep the league regional. No planes — just busses for travel. We focused on the hotspots where demand for the sport is very high. 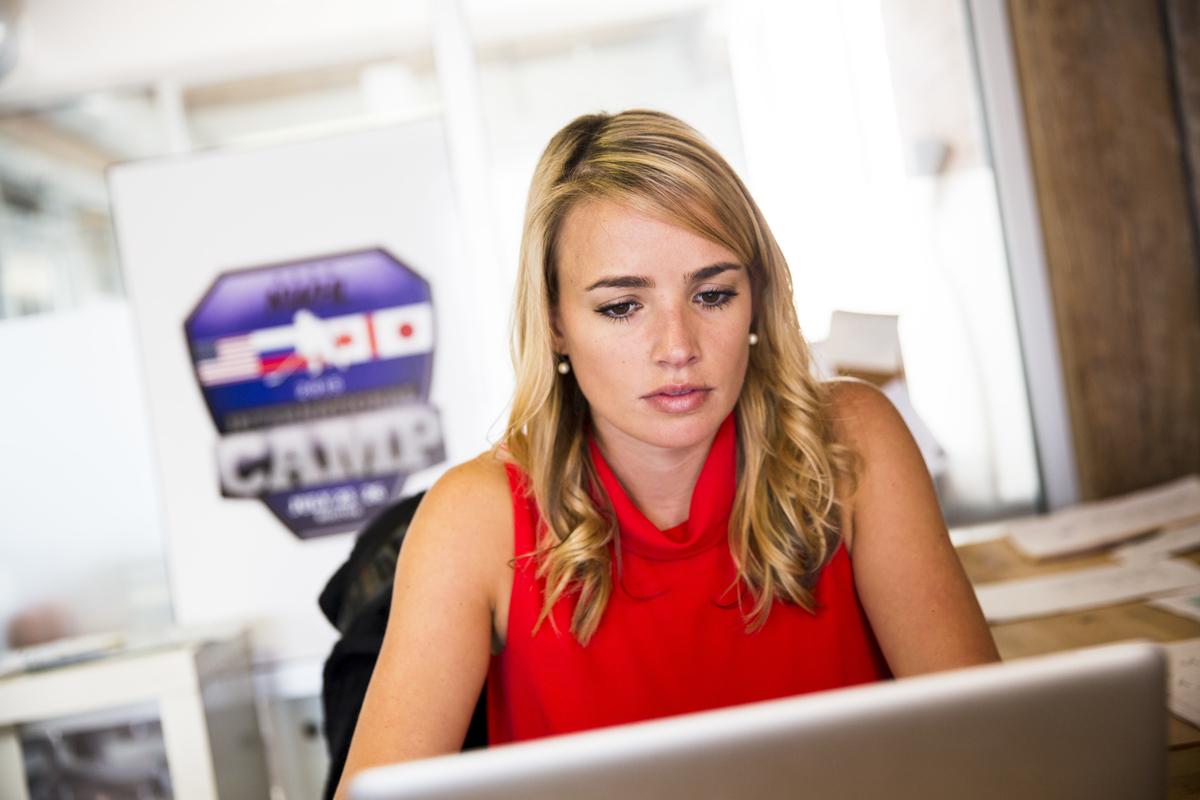 That’s why our four founding franchises are the New York Riveters, the Connecticut Whale, the Boston Pride and the Buffalo Beauts. We know there’s thousands of girls and young women in those cities who love hockey and want to watch their heroes up close. The NWHL was created with them in mind. We want to put butts in seats, so our entire model is based on Sunday games at accessible times for families — between 3 to 7 p.m. puck drop. Have a tournament in Boston or Buffalo on Saturday? Come see the best in the world on Sunday afternoon, then make it home in time to finish your homework.

We have nurses, teachers, and mechanical engineers on our rosters.

In time we hope to have corporate sponsorship, but we know that the strength of our league will be the grassroots support from the hockey community. That’s why we’re going to make the experience as fun as humanly possible. You’re not just going to be able to watch U.S. Olympian Hilary Knight up close, you’re going to get to pound her glove as she goes onto the ice. You’re going to be able to talk to our players and get to know them as human beings. Maybe you’ll even be able to take a selfie with them.

Last week, I saw the magic of this for the first time during our first preseason games. I have slept an average of probably three hours a night trying to get this league off the ground, but it was all worth it to see so many little girls with their noses pressed against the glass, watching their heroes skate onto the ice as professionals.

I had so many young girls come up to me to say, “This is so awesome!” 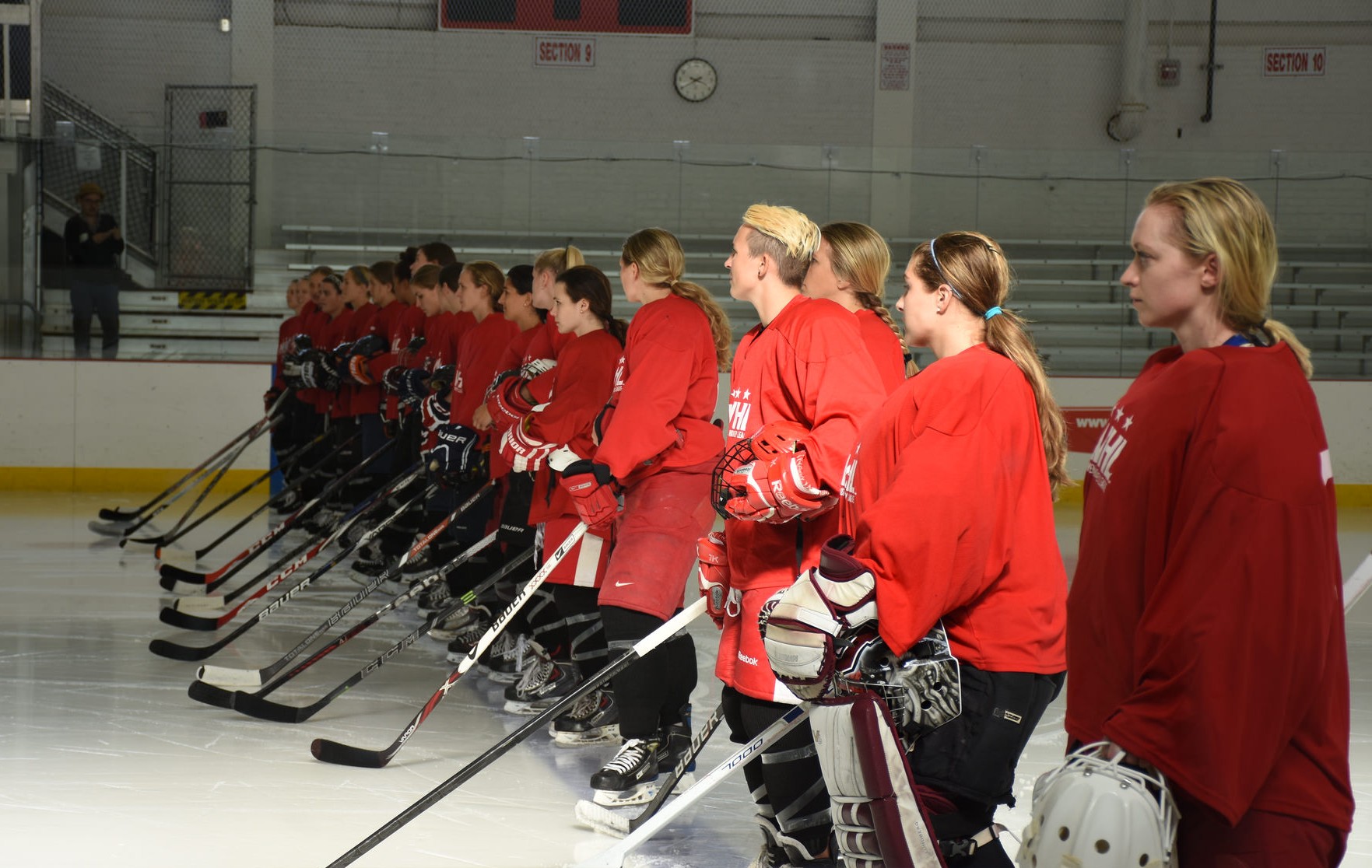 This is awesome. This is possible. These shouldn’t be thoughts that are exclusive to boys.

Right now, our salary cap is still small. Our players make an average salary of $15,000. They still have to work day jobs, of course. In fact, one of the core elements of our model is to transition players seamlessly from college to life in the real world. Our players are drafted before their senior NCAA season, so they have a full year to find a job, an apartment and a social network in the city that drafts them. We have nurses, teachers, and mechanical engineers on our rosters.

But it’s not just about the money. It’s about respect. It’s about being treated as a professional. For example, many female hockey players need customized sticks, because they’re between an intermediate and a senior “flex.” Ordinary, off-the-rack hockey sticks can be expensive, and when you get into customization, it can get ridiculous. So we created a partnership with BASE Hockey, a custom stick maker. They came in and created custom sticks for all of our players. It was awesome, like a playground for hockey nerds — 100 different flexes to choose from and 100 different blade curves — and our players got to test them out in practice and choose their stick. 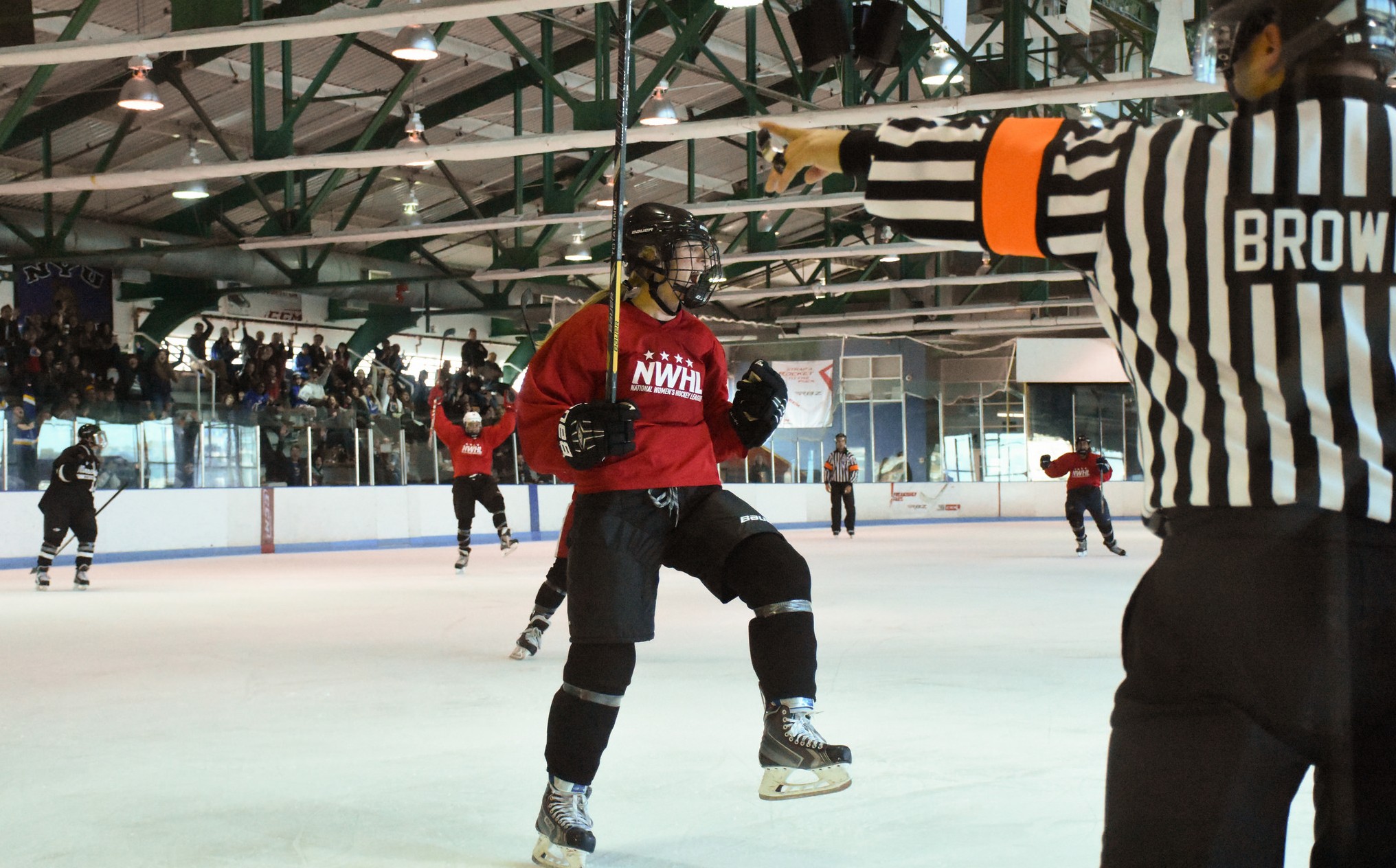 We’re even getting their names engraved on the shafts, just like in the NHL.

Maybe the most exciting perk for our players, though, is seeing their name on the back of the jersey. (By the way, players will get 15 percent of the revenue from sales of their jersey.)

This Sunday, we’ll be dropping the puck in Connecticut and Buffalo. It’s going to be some outstanding hockey. Our players may not be paid like their male counterparts, but they will be paid. They will be treated like stars, especially by the little girls who will be positively freaking out seeing them in person. And that’s a good start. 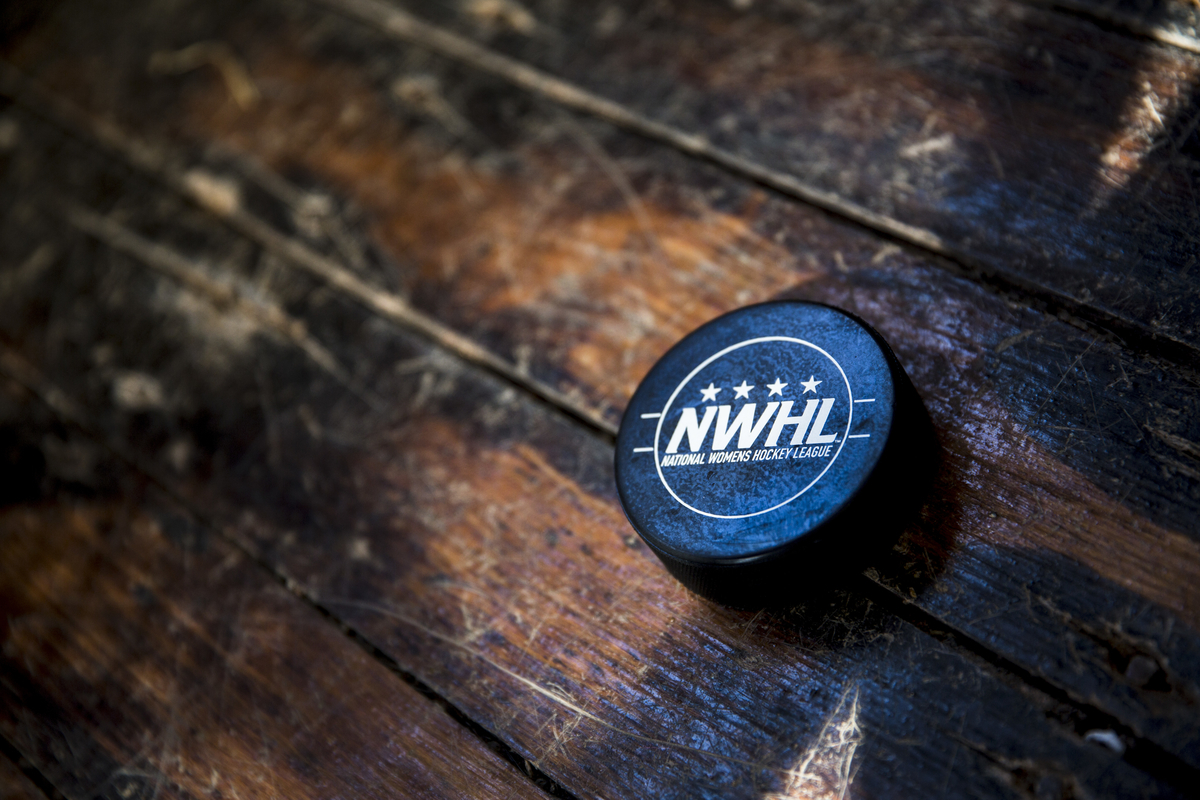 And guess who will be dropping the puck in Buffalo?

This is awesome. This is possible. 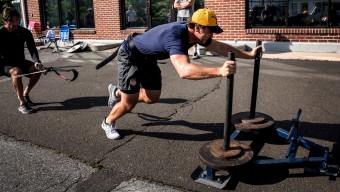 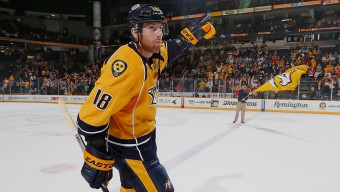 What You Don't Know About: Being a Sniper 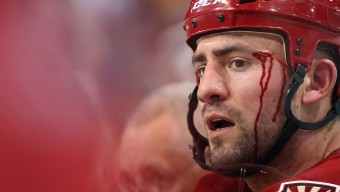