When you woke up this morning, what’s the first thing you did? Took a piss and flushed the toilet? Brushed your teeth? Took a shower? Whatever you did, I’m guessing you used water.

What’d you do after that? Made yourself some coffee or tea? Washed the pan you used to cook breakfast? More water.

Now, how about when you got to the office? Did you wash your hands? Did you rinse off the apple you ate for a snack? You definitely used some water.

That’s all normal, part of our everyday lives.

Unless you live in Flint, Michigan.

You probably think that, because they’re not all over your TV anymore, the problems of Flint are in the past.

Well, I’ve been visiting Flint for the past year, so let me tell you the truth.

Some of the folks in Flint can’t take showers because their water is still poisoned with lead.

They have to boil water, pour it into the sink and then wash in it.

Yeah, a grown-ass man has to take a bird bath. That shit ain’t right. It’s still going on today.

And it’s not going away anytime soon. 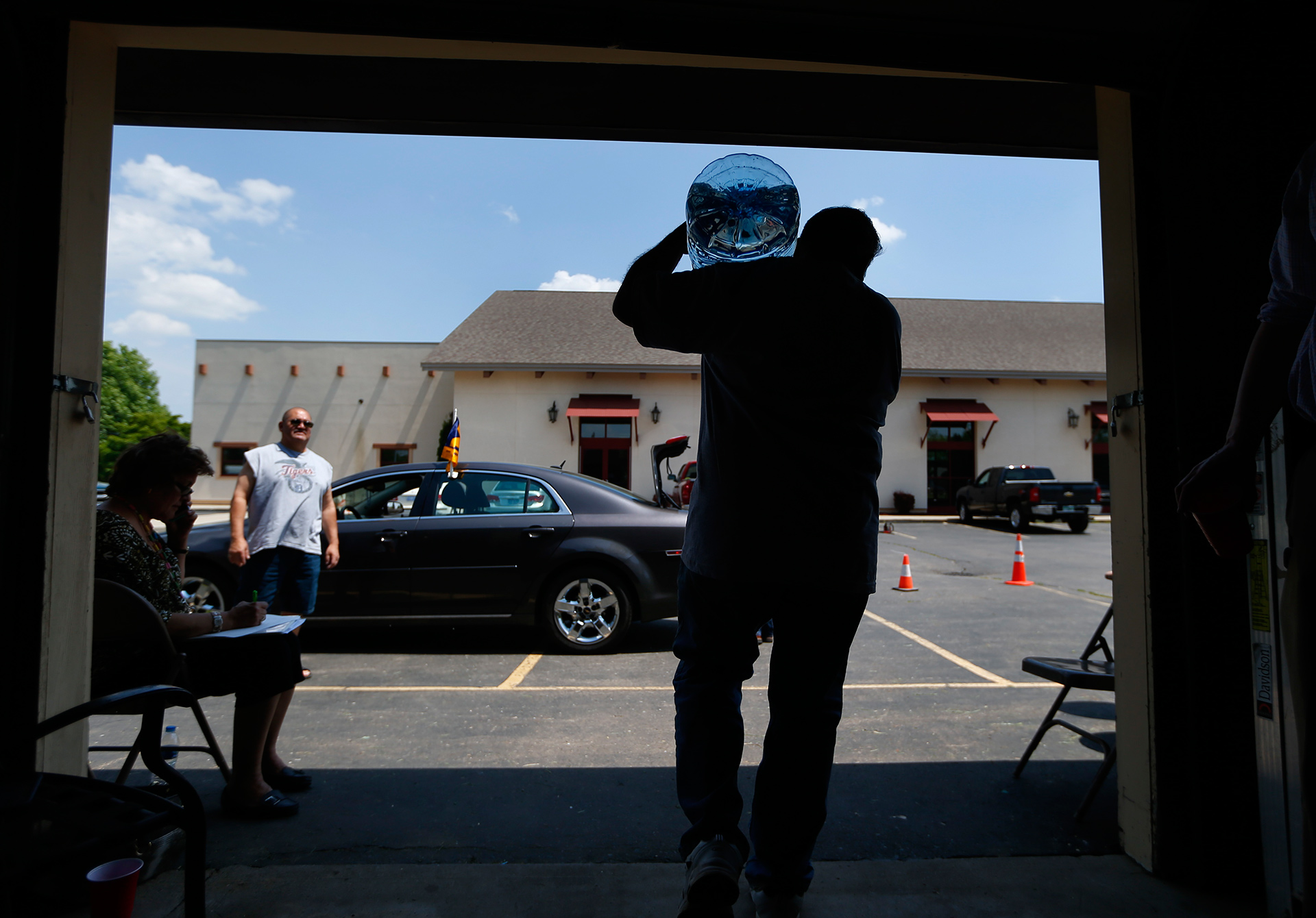 I’m not a water expert or anything like that, but I don’t need to be to know when something’s fucked up. I just saw the horrible news, about how the government had put people at risk for the sake of saving money, and I knew I needed to help.

So I went. I flew to Detroit with some friends and family members, rented a moving truck, loaded it up with as much bottled water as it could hold and drove to Flint.

On my first visit, I saw a third-world country inside the United States.

Boarded up homes, shuttered business, no street lights on at night. You have maybe 12 to 15 homes on one block, but only two of those are occupied. Part of Flint was already in extreme poverty, but what I saw was something else: people missing clumps of hair, rashes on adults and children alike — all because of poisoned water. Imagine that: The poorest people paying the heaviest price.

Don’t believe the hype that you hear about the water being fixed. That water’s not fixed. This shit ain’t over.

I didn’t go to churches or hospitals or government buildings. I was right there, with the people, in the hood, in the projects, going door to door. Because that’s what was necessary. There are a lot of elderly people in Flint who are homebound and can’t get the supplies they need.

We went from house to house, passing out water, letting the residents know that we were there for them. While I was there, I met up with another former NBA player who had also decided to take action: Mo Peterson, a Flint native.

After we finished handing out water, Mo and I decided to grab dinner downtown and catch up.

When we got to the restaurant, I saw a sign on the door that made me furious.

OUR WATER IS SAFE

Hold up, I thought. How is it that downtown water is cool, but three blocks over, the water is making children sick?

Mo and I spent a lot of time during dinner talking about Flint, how angry we were at the situation, and what more we could do to help. Later on in the meal, we were approached by the people at the table behind us. They were from some governmental agency, and had overheard our conversation. I asked them what they were doing in Flint, and they said they were surveying residents about how they felt about the water crisis.

I couldn’t believe it.

Thousands upon thousands of kids exposed to extreme levels of lead in the water and the government apparently tried to cover it up — how the fuck do you think they feel?

Don’t nobody feel good about this. It’s a crisis.

I’m telling y’all. Anyone can go up there and see.

Whenever someone — family, friends, former teammates — says to me, “Let me know the next time you’re going up there and I’ll buy a pallet of water,” I just say, “How about you come up with me. How about you come and see how this shit is for yourself.” 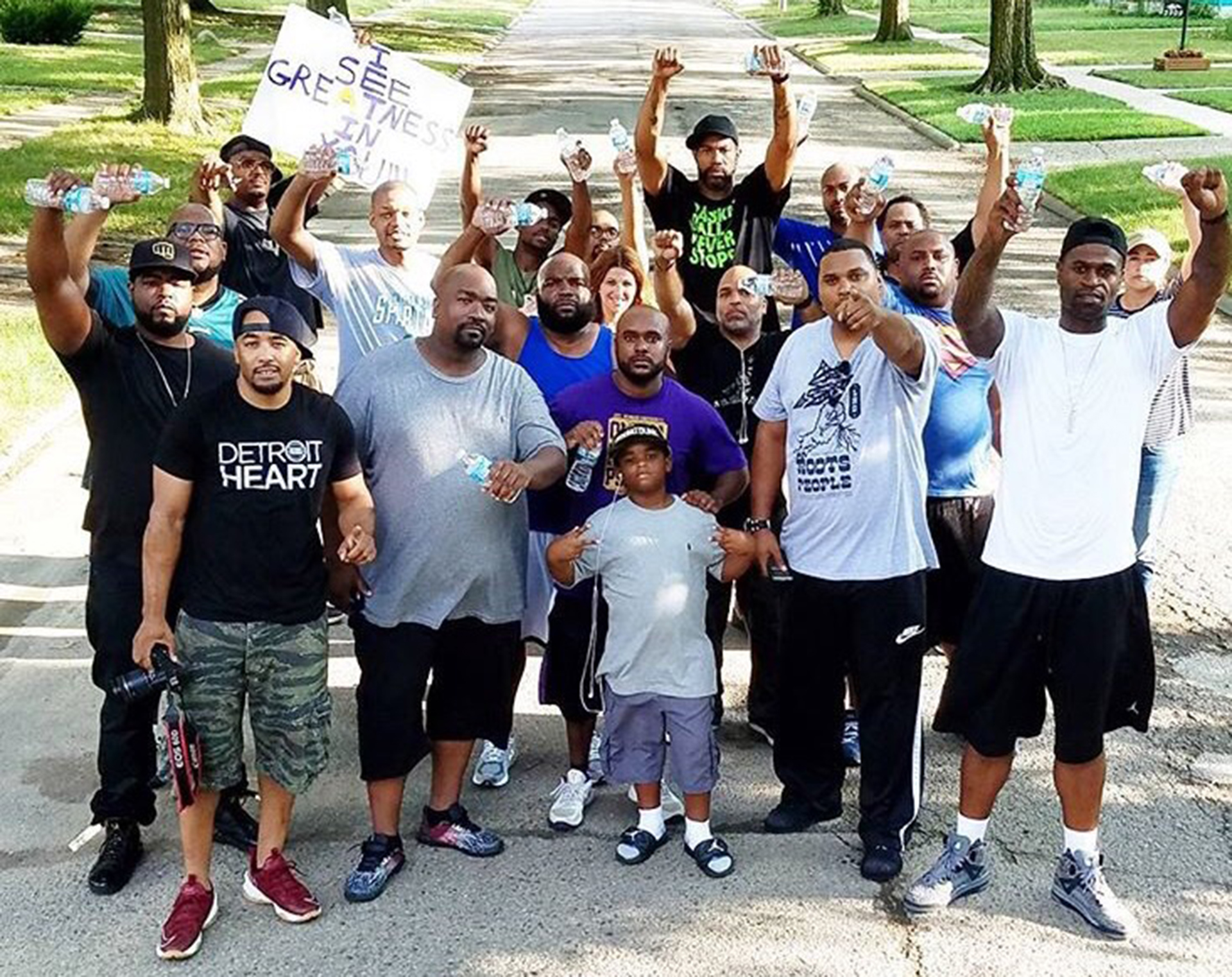 I keep going back to Flint for one reason: the people. They still have hope. They just need to know that there are other people who still care about them.

They supported me when I was playing with the Pistons. There were a lot of people from Flint who maybe couldn’t really afford a ticket to a game, but they bought one anyway, or came down for the parade when we won the title. Handing out water is the very least I can do. I didn’t partner with any organization or agency. I just went on my own because that was the right thing to do.

Every time I go, I’m amazed by the people, but I’m sickened by the lack of help.

Don’t believe the hype that you hear about the water being fixed. That water’s not fixed. This shit ain’t over. Just because it isn’t being talked about doesn’t mean it’s over. Light still needs to be shone on this.

Just think of any other catastrophe that’s occurred in the U.S. There’s always been a government agency that’s come help.

What if this had happened in New York? You mean to tell me that the people of Flint — just because it wasn’t a natural disaster — can’t get no help? That’s ludicrous! The government just approved funding at the beginning of October, nearly two years after we learned that the water was fucked up. What took so long?

And that’s just a long-term fix — money for big-picture projects. It’s $170 million for a multibillion-dollar problem. It does nothing for the people who need clean water right now.

To make matters worse, I haven’t seen any water trucks up there. Why isn’t anybody sending up any water?

You want to hear the real ass-kicker, though?

The city stopped buying treated water from Detroit and started using water from the Flint River in 2014. (Governor Snyder says he didn’t know the water in the river was contaminated, but state officials sent bottled water to government workers in Flint in January 2015, even though they were telling the residents that the water was safe.) Whether they knew it or not, when the government switched the water supply, it endangered the lives of everyone in the city.

And, to this day, the people of Flint still have to pay their water bills — they have to pay for water this is still unsafe and contaminated.

That’s right. They still want those people to pay their motherfucking water bills.

You can read this and ignore it. You can say I don’t know what I’m talking about. Look, I’m not a water expert. I’m not a scientist. But I’ve been to Flint. I’ve seen what’s happening. We have a third-world situation still going on in the United States of America. That’s the truth.

The cameras are gone, but the people are still there, and they still need our help.

Story of My Life

Portraits From a Jail Cell