For 89 minutes, the traveling Liverpool fans had been singing some unprintable songs about me and my mum. It was 0–0. We won a free kick just outside the Liverpool box. Ryan Giggs was standing over the ball. The crowd at Old Trafford was so loud that you couldn’t hear yourself think.

If you beat Liverpool, it’s going to be the best day of the season.

If you lose, it’s going to be the absolute worst.

So in the 90th minute, Giggsy was standing over the ball, and all I remember was him bending it into the box, Rio Ferdinand rising up and the ball hitting the back of the net. The place exploded. The rest was just instinct.

I turned toward the Liverpool fans in the far corner of the ground and I thought, I’m going for them.

I sprinted some 60-odd yards, and I was just out of my head. When I got to them, well …

I looked at the faces of all those Liverpool fans who had been singing for 89 minutes, and in that moment, they had no answer. Absolutely no answer. It was one of the best feelings of my life.

The FA fined me 5,000 pounds for my actions. I’d gladly pay it again a hundred times.

Back then, I remember some very serious people saying things like, “That’s not the behavior of a 30-year-old man.”

They were right. And that’s what makes football so magical. For 90 minutes, you get to be a kid again. That’s what we all dreamed about, isn’t it?

I have this vivid memory of being five or six years old and driving down the M60 motorway with my dad. This was before I even knew my directions. I remember staring out the window in anticipation, thinking, Are we close? When will we ever get there?

Then we crossed over Barton Bridge, and that’s when I knew. We were 10 minutes away from Old Trafford. This was my routine with my father every Saturday, and it never changed. As soon as the Theatre of Dreams came into view, my heart would start racing. Then we’d park the car and go into the little back room of Marina’s Grill for pie and chips.

I’m not one for nostalgia, but I do wish I could relive those days, queuing up in the forecourt with all the United fans waiting to go into the ground. There’s an electricity to that moment, especially when you’re a kid, that you can’t put into words. Electricity doesn’t quite do the feeling justice, does it? Football gets under your skin. It’s in your soul.

My father was a man who liked a pint and a chat, so when I got a little older I’d leave him on the concourse with his mates and I’d go off on my own, walking the cold concrete steps to our section near the top of the old K Stand. Then I’d turn around at the top of the stairs and wham, the sheer scale of Old Trafford would hit me. The massive red and white stands. The bright green pitch. For an hour, I’d be sitting up there by myself just watching the ground fill up, taking it all in. The smell of sausages and fried food. The old familiar faces. The sense of anticipation building. It’s magic.

Those memories still live with me. If my father had been a Man City fan or a Bolton fan, I’d have been going there every week, singing their songs. Thank God he was a United fan.

Unfortunately, those weren’t exactly glory days for United. I grew up in the ’80s, when Liverpool dominated English football. Most of my schoolmates in Bury were Liverpool supporters, and I got endless stick from them. We were a lot closer to Manchester than Merseyside, but kids are kids. They support who’s on top. You see the same with kids wearing Chelsea kits up north these days.

In the yard of Chantlers Primary School in 1985, you would have thought you were in Liverpool. I’d get in the same arguments every day with my schoolmates.

This would go on for hours every day. I figured once I got older that these schoolyard battles would end, but it turns out I’m still fighting them with Jamie Carragher in the TV studio to this day. 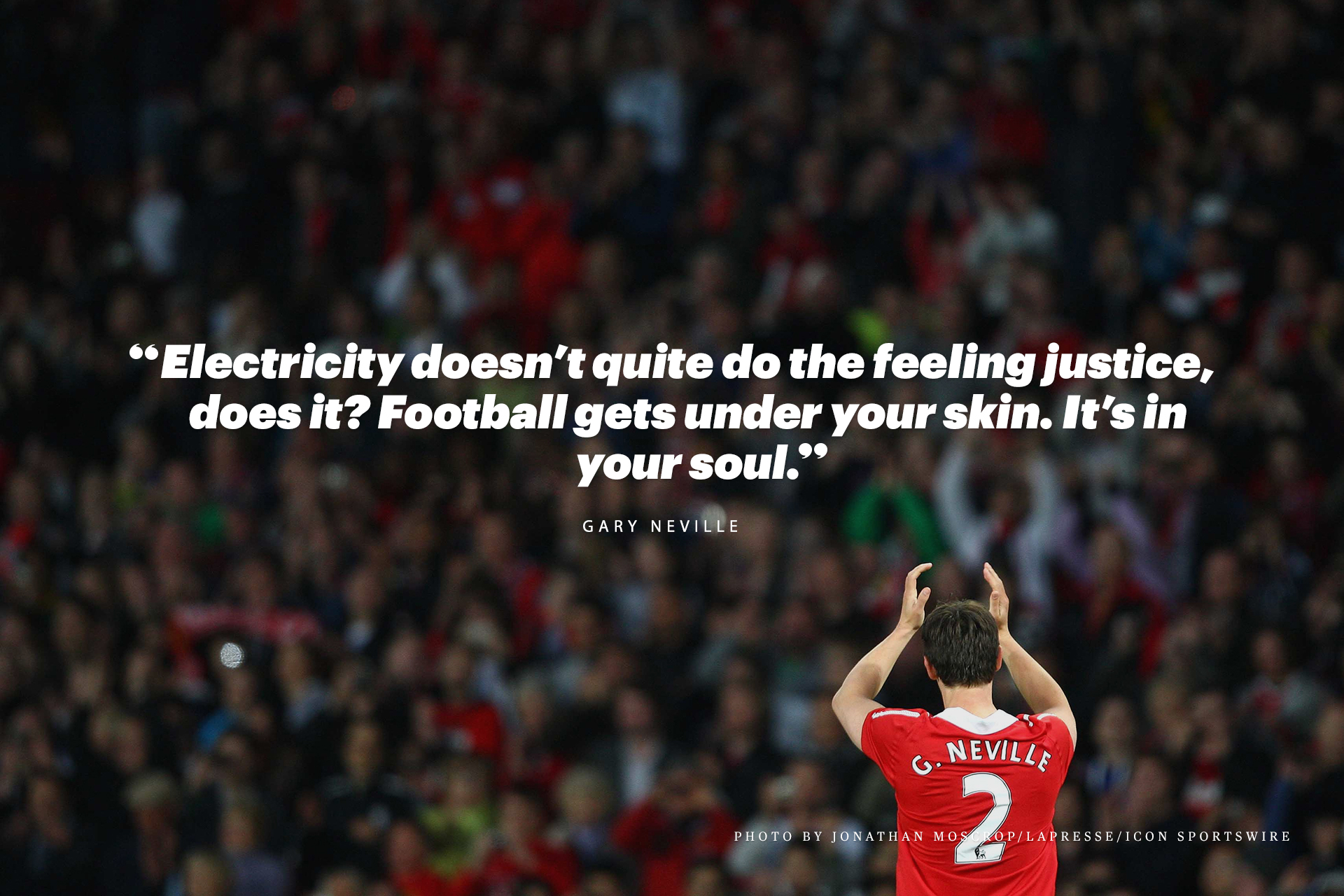 I’ll never forget the first time I went to Anfield as a United player. We traveled on the M62 to Merseyside, and when we got to the end of the motorway and turned on to the side streets, that’s when it hit me. We were in enemy territory. Truly. The coach maneuvered through the narrow streets, lined with all the red and yellow brick terraced houses. It was claustrophobic.

When I walked out on the pitch, it was a similar feeling. It’s a tight pitch. The fans are right on top of you, shouting obscenities 40 minutes before kickoff.

Those are the moments you actually miss when you’re retired.

I used to say that I hated Liverpool, but I’ve softened a little bit in recent years. Now, I’d say it’s more complicated than just hate.

Whenever I’m asked if I’m sorry for celebrating in front of the Liverpool fans back in 2006, my answer is the same every time: Of course not.

Football is about emotions. Humor, disappointment, anxiety, sheer joy, sheer sadness. They’re all of the emotions you experience at different points throughout the week, but jammed into 90 minutes. To me, the beauty of football is that roller coaster. Very few things in life will make you feel like that.

I’ll give you the best example I can think of. 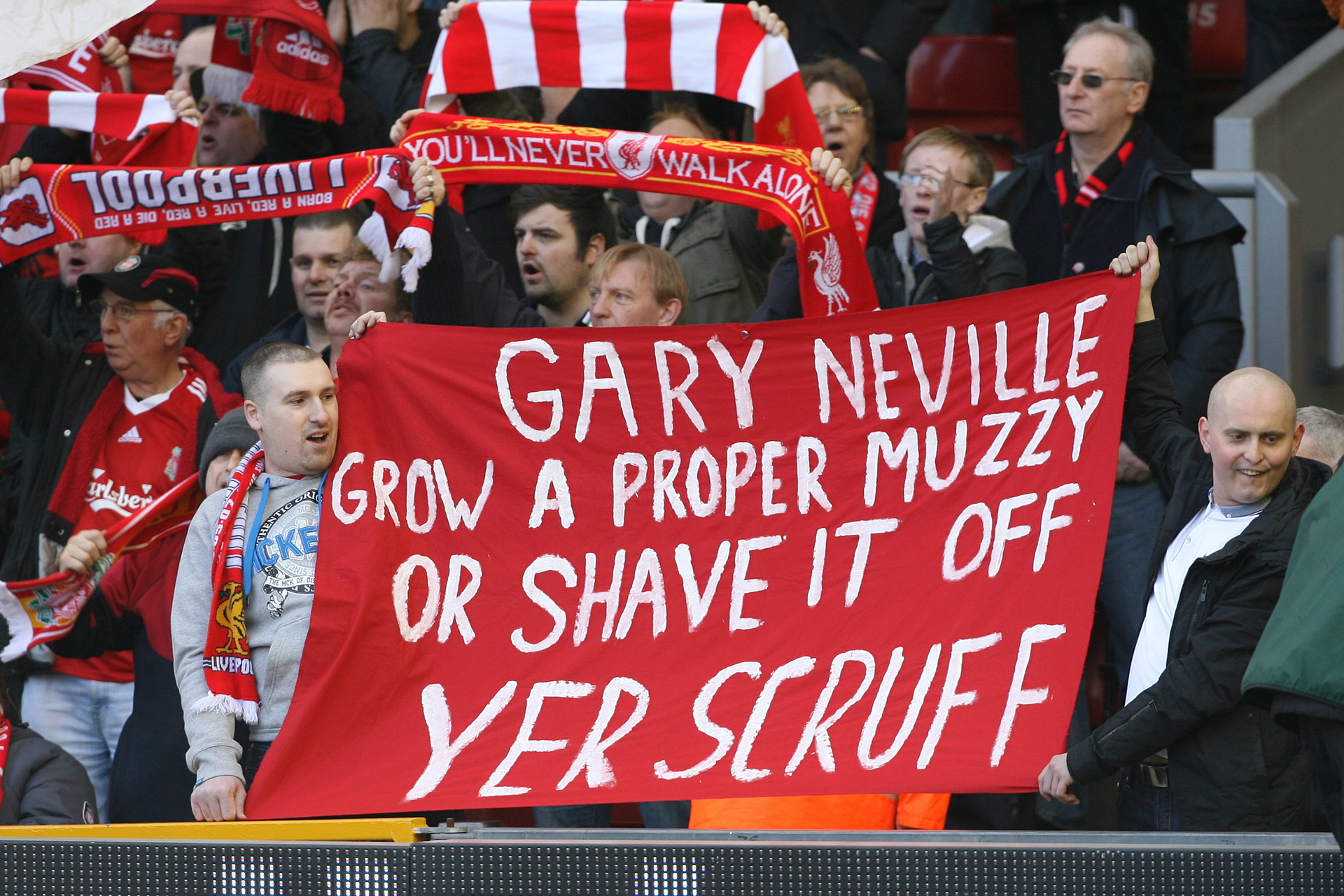 I remember after we won the treble in 1999, I saw something I’ll probably never see again. As we were coming down Deansgate in the centre of Manchester in an open-top bus, I noticed this one particular man in the crowd with tears in his eyes. He was screaming so hard that I could see the veins in his neck popping out. I’ll never forget the veins.

He was about my age. He was probably a jealous kid like me, constantly getting stick from his schoolmates about Kenny Dalglish and Liverpool’s trophy cabinet, and now he was finally having his moment. All the pain and all the stick he got makes it that much sweeter.

In the middle of all the pandemonium the hairs on the back of my neck were standing up, and I thought, Nothing will ever make that man feel that way again in his life.

United and Liverpool have been doing battle since 1894. When they kick off for the 197th time on Monday, I hope it’s electric, and yeah, maybe a bit dirty. If a Liverpool player scores the winning goal at Anfield on Monday Night Football I hope he jumps into the Kop with 10 of his teammates and Jurgen Klopp is running down the touchline like a maniac. If they did anything less, I’d be disappointed.

That madness and passion is the essence of football.

Liverpool and Manchester are so different, yet so alike. There’s a realness to both cities, an honesty to the people, a love of hard work, graft and most of all, football. 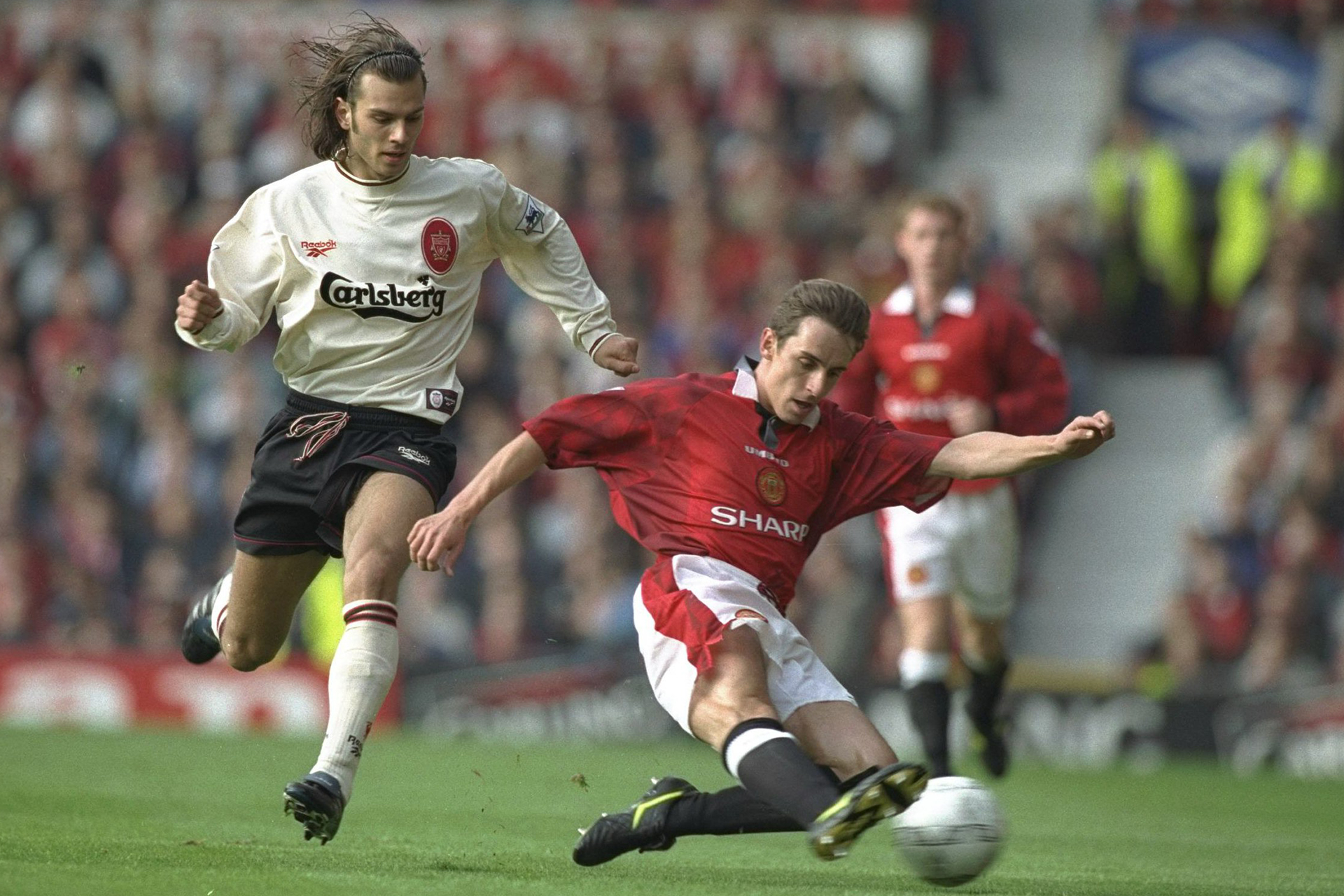 Liverpool has certainly taken its revenge on me over the years, on the pitch and off. The Reds knocked us out of the FA Cup four weeks after I leapt in front of their fans. My car was nearly flipped over when some Scousers recognized me in a traffic jam a mile outside Old Trafford. Worst of all, I still have to put up with Carra in retirement.

But there’s one thing I simply cannot accept.

There’s a bit of folklore about two Scouse brothers who were doing some work on my house a few years back. The story goes that the brothers buried a Liverpool scarf under the tile at the bottom of my swimming pool. It’s something that’s never been proven, and probably never will be.

You know what? I don’t even live in that house anymore, but I’m going to put it in my will that if anybody ever finds that bloody scarf, even 100 years from now, they must honor my final wish.…

Sky Sports is the home of Premier League football in the UK and Ireland. Gary Neville will provide analysis of Liverpool vs Manchester United live from Anfield on “Red Monday.” For more details visit skysports.com 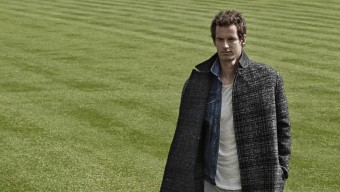 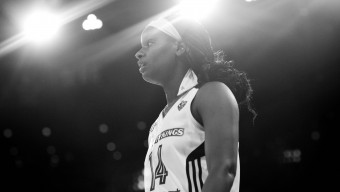 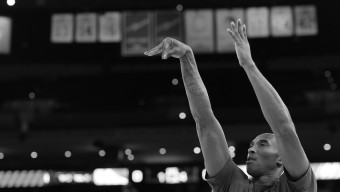