My heart breaks for Tiffany Crutcher.

Tiffany’s been in the news recently because she’s the twin sister of Terence Crutcher, who, last week, before becoming another sad Twitter hashtag, was shot and killed by officer Betty Shelby of the Tulsa Police Department. Terence was unarmed and standing beside his stalled SUV with his arms raised prior to the killing. In the aftermath of this tragedy, Tiffany has served as a spokesperson for the family.

While people around the country may be seeing and hearing from her for the first time this week, me and Tiffany go way back. She went to my high school, Booker T. Washington, in Tulsa, Okla.

Tiffany played on the women’s basketball team at BTW and was an all-around wonderful person. Back in school, she was always there to provide encouragement, or to offer a kind word. 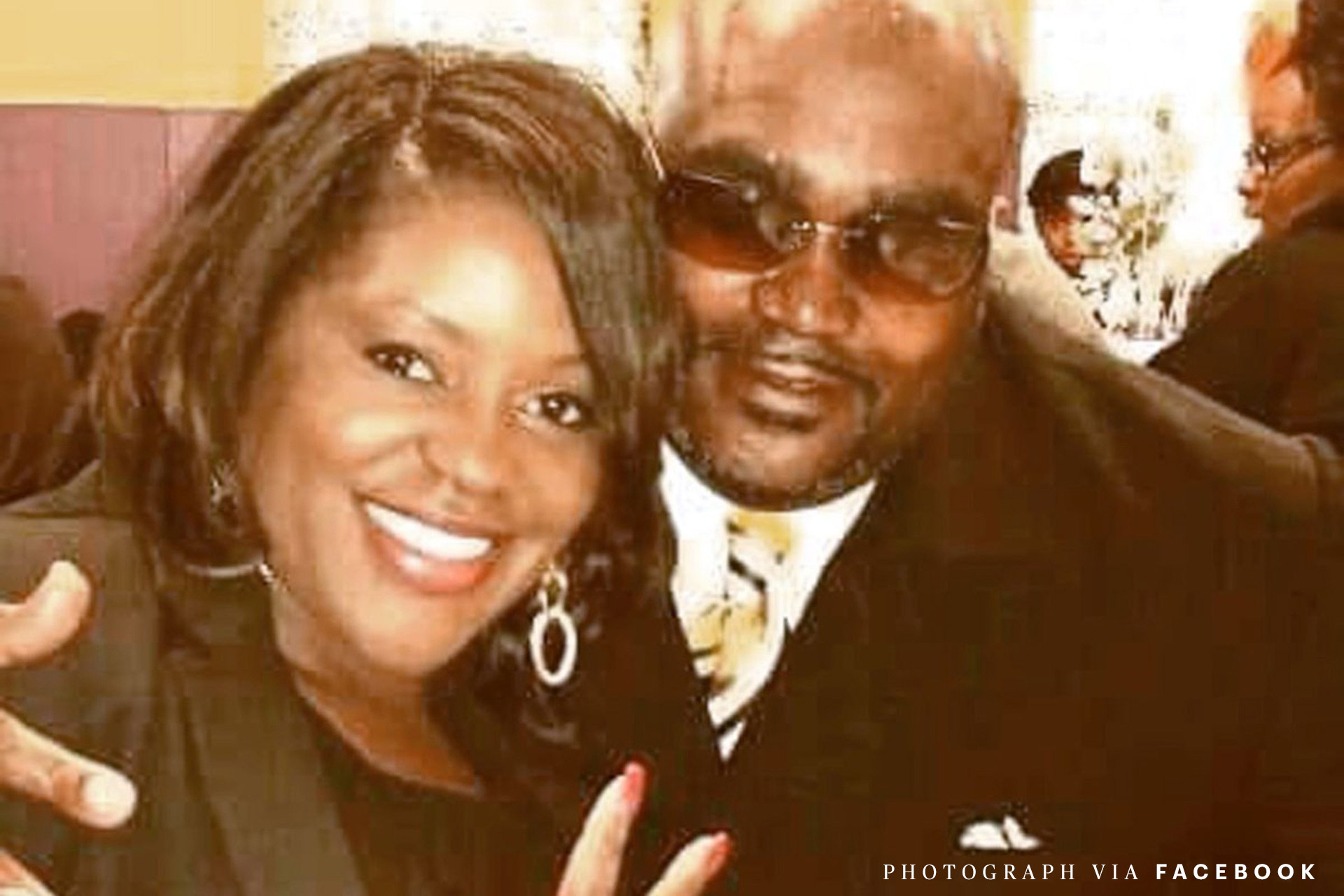 I recall this one time in particular, during my freshman year, when I got some minutes in a varsity game and didn’t do as well as I wanted to. I got called for two or three quick fouls and then dropped a pass from our point guard, Mac, who really let me have it for messing up his assist. I felt like I had let everyone down, and I was really upset about it.

I remember Tiffany, who was a few years older than me, coming up to me after that game, putting her hand on my shoulder and saying that I was gonna be just fine. “You’re only a freshman,” she told me. “Nobody expects you to be ready now.” Then she told me to keep working hard and not to get a big head when I started doing really well.

It may not seem like much, but it was so genuine, and it meant the world to me at the time. She didn’t have to do that, but that’s the kind of person she is.

When I saw Tiffany on TV, in tears, talking about how the police had shot and killed her brother, it hit me. Hard.

Tiffany has just always had this beautiful spirit about her. So when I saw her on TV, in tears, talking about how the police had shot and killed her brother, it hit me. Hard.

Even though I didn’t really know Big Crutch personally, I knew of him — one of my homeboys, Skooter, was real cool with him because they lived around the corner from one another — and I knew that Tiffany would be crushed by his loss.

All I kept thinking was that she and the rest of her family shouldn’t have to go through all this pain.

And seeing Tiffany devastated as she was consoled by her attorney Damario Solomon-Simmons (who also went to Booker T. Washington) during their press conference made my heart sink. She looked so defeated as she was forced to defend her brother’s reputation. 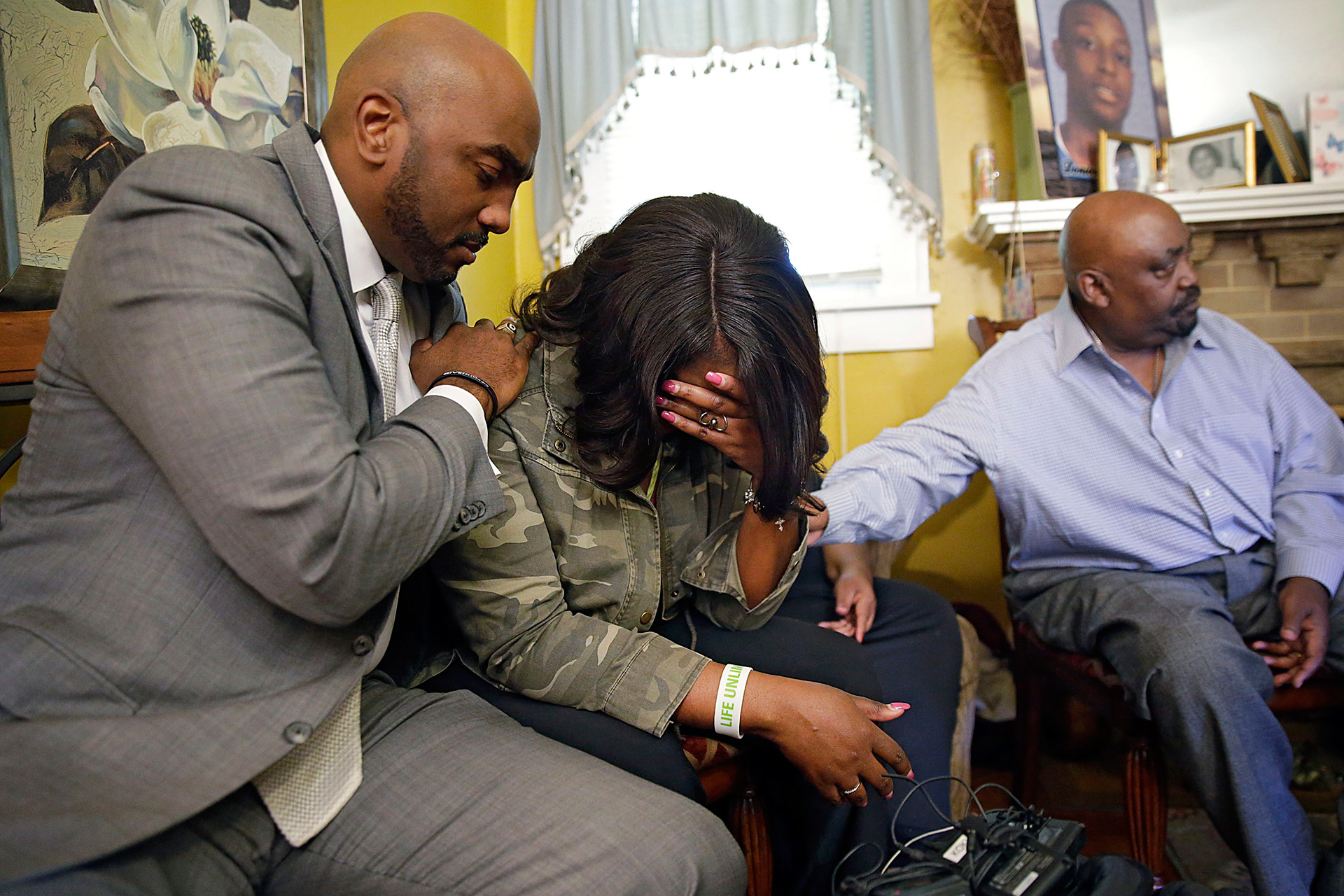 I’ll never forget how this one reporter kept asking her how she felt, and trying to get her to directly address the fact that an officer observing the incident from a helicopter said that Terence “looks like a bad dude” before he was shot and killed.

At the time, I got a little upset with the reporter because that just seemed like a stupid question. I mean, how do to you think she feels? Her brother had just been taken away from her. She shouldn’t have to go on CNN and speak through tears while attempting to convince the world that Terence didn’t deserve to die. She shouldn’t have been subjected to a voice on the tape of the shooting that will probably haunt her, and play on a repeated reel for the rest of her life, saying that her brother looked “like a bad dude.” She shouldn’t hear the voice of someone who is paid to serve and protect us prejudging her brother. And she shouldn’t, in 2016, feel that, as she expressed: “Anyone who … may have brown skin, it just seems like they automatically criminalize or demonize.”

Tiffany shouldn’t have to be bombarded on social media by all of the people trying to somehow justify her brother’s killing.

She shouldn’t be experiencing this pain.

And after the death of her brother, Tiffany shouldn’t have to be bombarded on social media by all of the people trying to somehow justify her brother’s killing.

Seeing all this happen makes me sick to my stomach.

This isn’t just any case for me. It’s personal. And what’s occurred in the days after Terence’s killing has made things even more difficult to swallow.

Was Big Crutch a saint? No.

Was he perfect? No.

Did he deserve to die? 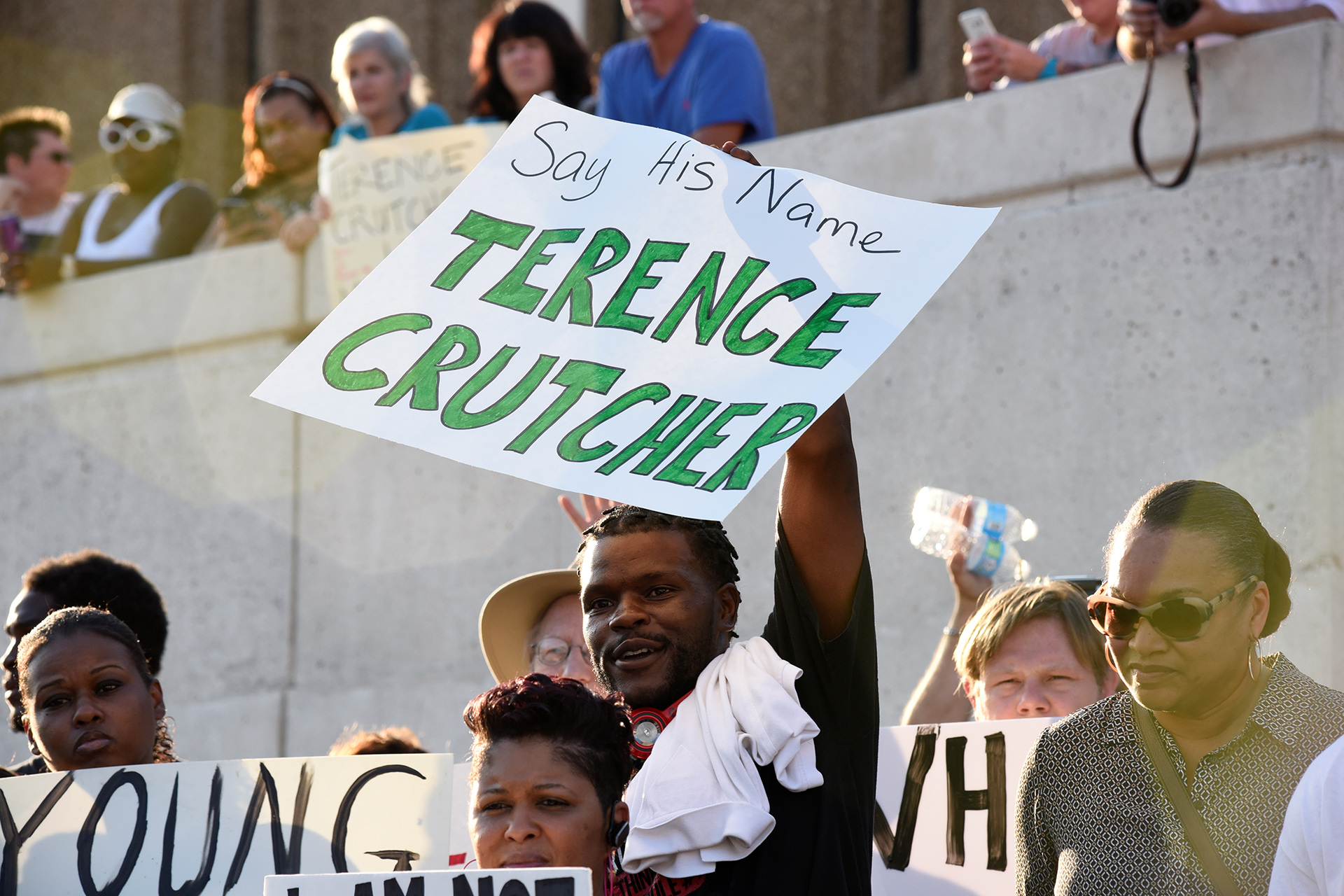 Now, the answer to that last question should be a resounding no. But, unfortunately, that answer is not what has been most prevalent on social media.

My radio show cohost Dave Zirin once referred to Twitter as “the white hood of the 21st century: Where bigots revel in their anonymity and rage against the current. Where people can be both hateful and cowardly.”

And it’s been so sad to see Terence’s death talked about on social media as though he was not a real person — as though his life had been of no value. It is completely disgusting that, time and time again, so many attempt to justify and rationalize killing after killing at the hands of the police.

Why didn’t he simply comply?

I never have problems with the police. I just do as I’m told.

What about Black On Black crime in Chicago?

One thing has absolutely nothing to do with the other.

My former high school teammate Marshall Gordon, who was in the same class as Tiffany at BTW, made this point perfectly the other day on Facebook: 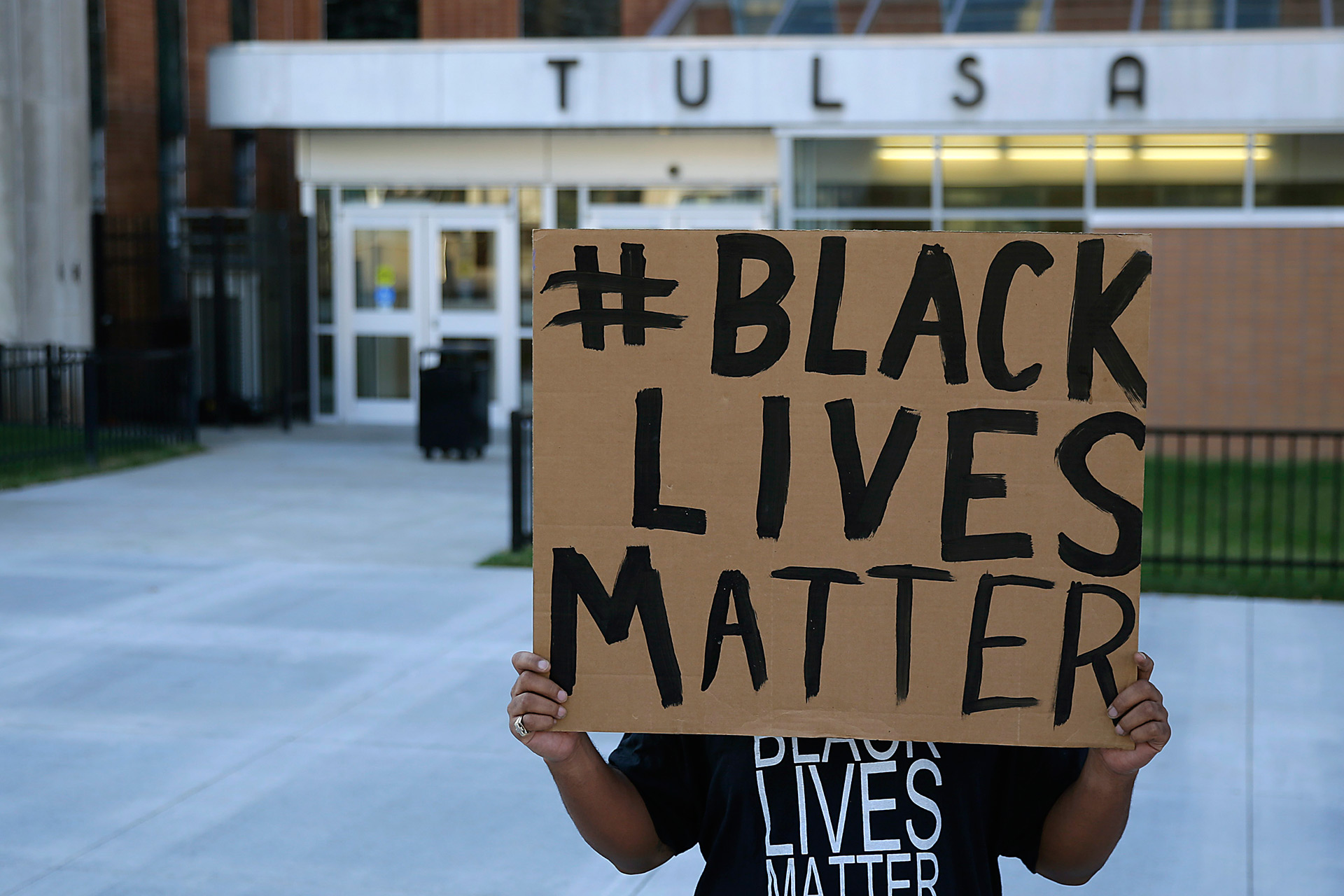 To attempt to justify the killing of a human being by using deeply flawed reasoning is both absurd and sad. And it goes to show how little some individuals value the lives of black people.

One of the things that is especially striking about the police videos that have been released is that the officers on the scene are talking about everything so casually, almost like they’re watching TV or something. But this was not a video-game character or a Hollywood actor who was shot and killed — this was an actual human being with a family and children and loved ones. What is going to happen to Terence’s children, who are now without a father? What will it be like for them in the future, when they Google their father’s name and see link after link leading to videos and photos of him being shot by the police. And how are they going to feel when they come across article after article in which people attempt to justify the killing of their father by vilifying him?

This was not a video-game character or a Hollywood actor who was shot and killed — this was an actual human being with a family and children and loved ones.

For Terence’s family and friends, this is not some abstract situation or trending topic. The media will move on to the next story soon enough. But Tiffany will have to live with this reality and tragedy for the rest of her life.

And that is so sad.

In fact, everything about Terence’s death could not be sadder.

Only moments after you hear an officer in a helicopter high above the scene say those words that will remain stuck in time — “That looks like a bad dude” — Terence Crutcher was shot dead. And now an entire family is having to come to grips with that reality.

These are real people — just like you and me. And they are experiencing an incredible amount of pain and grief that will not soon go away.

Officer Betty Shelby is now being charged with manslaughter for Terence’s killing, but I am more interested in a conviction.

Tiffany deserves to receive justice for the death of her brother. That, surely, is not too much to ask. 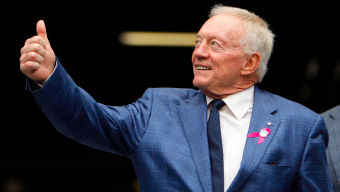 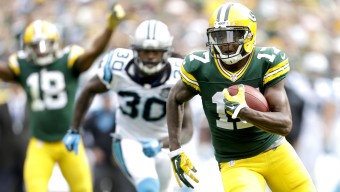 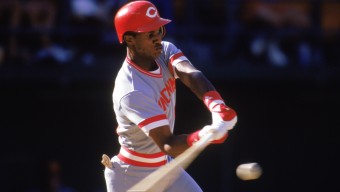 Memories of the Midsummer Classic