This is The Chirp, your all-inclusive look at the best observations, jokes and photos that athletes have recently shared on social media. Because while not every story can be told in 140 characters… some can:

Mariota will win Heisman this w/e but Amari Cooper is by far the best player in college football! If I’m picking (Titans) I’d take AC

Loving how ppl in Miami complain bout it being cold.. They don’t know what “cold” is.. — Patrick Patterson (@pdpatt) December 11, 2014

That moment when the passenger beside you looks at your phone when they announce over the intercom to turn your phone on airplane mode. — Takeo Spikes (@TakeoSpikes51) December 12, 2014

Finding the right Christmas tree in the dark is exhausting. I have no idea what’s about to be delivered. #problems — Maria Sharapova (@MariaSharapova) December 12, 2014

PGA golfer Ian Poulter might be taking the Elf on a Shelf a bit too far:

Last few nights of “Elf on the Shelf” hahhaha pic.twitter.com/oFi38gFBTy

Former NFL linebacker Aaron Curry will have to settle for Honor Roll:

NASCAR drivers Jamie McMurray and Jeff Gordon with some #TBT:

I have never done #TBT but I thought this was a good one. 1986 Garnett, KS w another karter Chris Larson pic.twitter.com/pLANaCe0cH — Jamie McMurray (@jamiemcmurray) December 12, 2014

And Olympic gymnast Jordyn Wieber with a #TBT of her own:

I might be the only person in the world to get suspended in the kindergarten.. Smfh. I stuck a girl in the back with a safety pin. — DARNELL DOCKETT (@ddockett) December 12, 2014

I got chased by a police officer for stealing a car when I was 14, I burnt his ass lol  foot race through the projects. #iwin — DARNELL DOCKETT (@ddockett) December 12, 2014

After football Im gonna be the next Dan Bilzerian… He’s my idol. — DARNELL DOCKETT (@ddockett) December 12, 2014 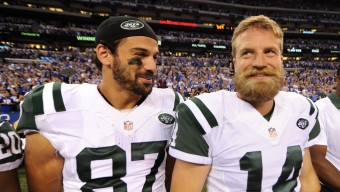 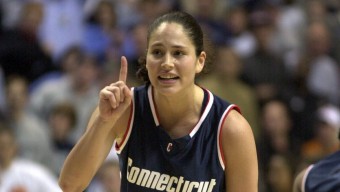